Ben Amera, the largest monolith in Africa, is located in the Sahara near Mauritania's northwestern border with Western Sahara, north of the rail line of the famous iron ore train that runs between Nouadibhou and Choum. The second-largest monolith in the world after Uluru rises 633 m from the desert floor.
Image: Les3corbiers 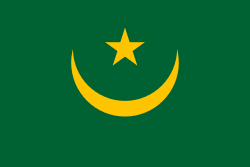 The map shows Mauritania, officially the Islamic Republic of Mauritania, a country in Northwest Africa with a coast at the North Atlantic Ocean in the west.
The country borders Moroccan-occupied Western Sahara to the northwest, Algeria to the northeast, Mali to the east and southeast; the Senegal River forms the border with Senegal in the southwest.


With an area of 1,025,520 km², Mauritania is about twice the size of Spain, or slightly larger than the US states of Texas and New Mexico combined.

Mauritania has a population of only 4 million people (in 2019). The vast country is sparsely populated, as most of it is covered by the Sahara. Its population is concentrated in the capital Nouakchott, in the Sahel zone and in the alluvial valley formed by the Senegal River, which supports agriculture along its banks.

The population of Mauritania is divided into three major ethnic groups. About 40% are black Moors or Haratine, Arabic-speaking dark-skinned African slaves, former slaves, and their descendants who were enslaved by white Moors.
30% are White Moors or Bidhan or Beydane, who are of Arab-Berber descent.
30% are sub-Saharan Mauritanians, most of whom live in or originate from the Senegal River Valley, including the ethnic groups of Halpulaar, Fulani, Soninke, Wolof, and Bambara. Almost all Mauritanians are Sunni Muslims. Only Muslims may be citizens. 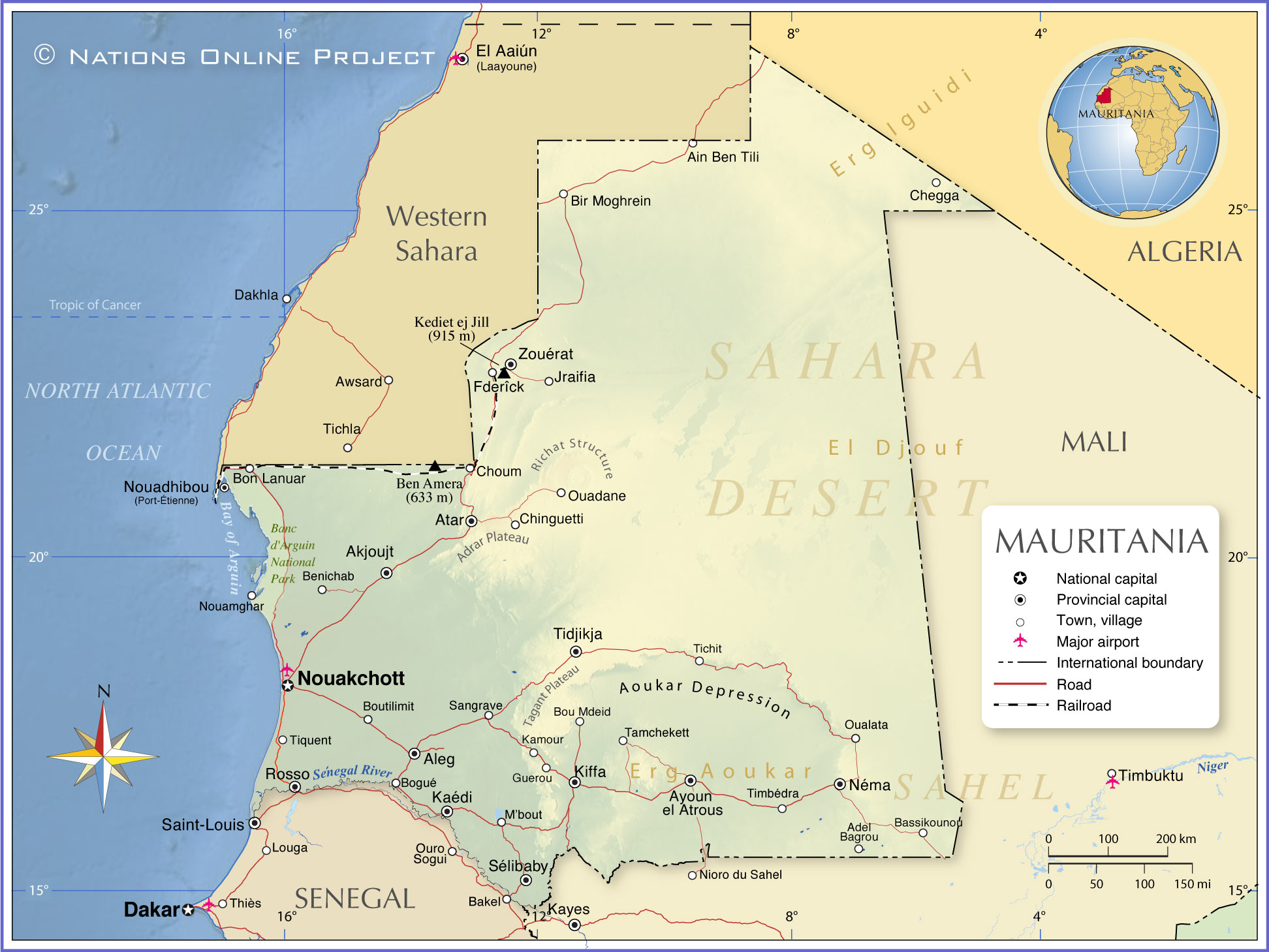 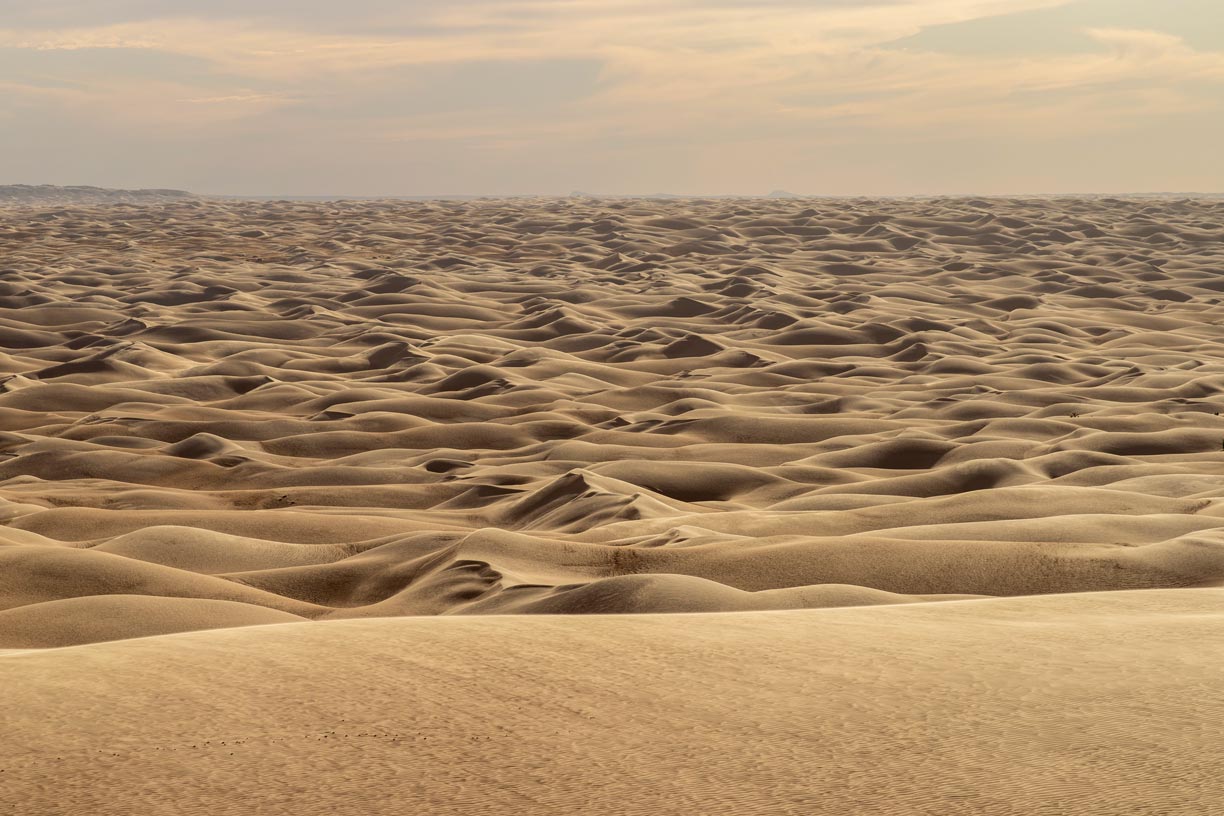 Waves in a sea of sand. Windswept sand in the Amatlich Erg between Akjoujt and the Adrar Plateau in the Mauritanian Sahara.
Photo: Valerian Guillot


Mauritania lies at the crossroads between the Maghreb region and sub-Saharan Africa. The northern two-thirds of the country is dominated by the Sahara desert, while the southern part of the country lies in the Sahel. The semi-arid steppe of the Sahel is a roughly 350 km wide transition zone between the Sahara to the north and the Sudanian Region (West Sudanian Savanna) in the south.

In the southwest of the country, the alluvial soils in the Senegal River Valley facilitate agriculture; the river forms the country's border with Senegal.

The main geographical features are the coastal areas where the country's two largest cities are located, Nouakchott and Nouadhibou.

The arid Adrar Plateau with mountains that reach 815 meters high, such as Teniaggoûri. 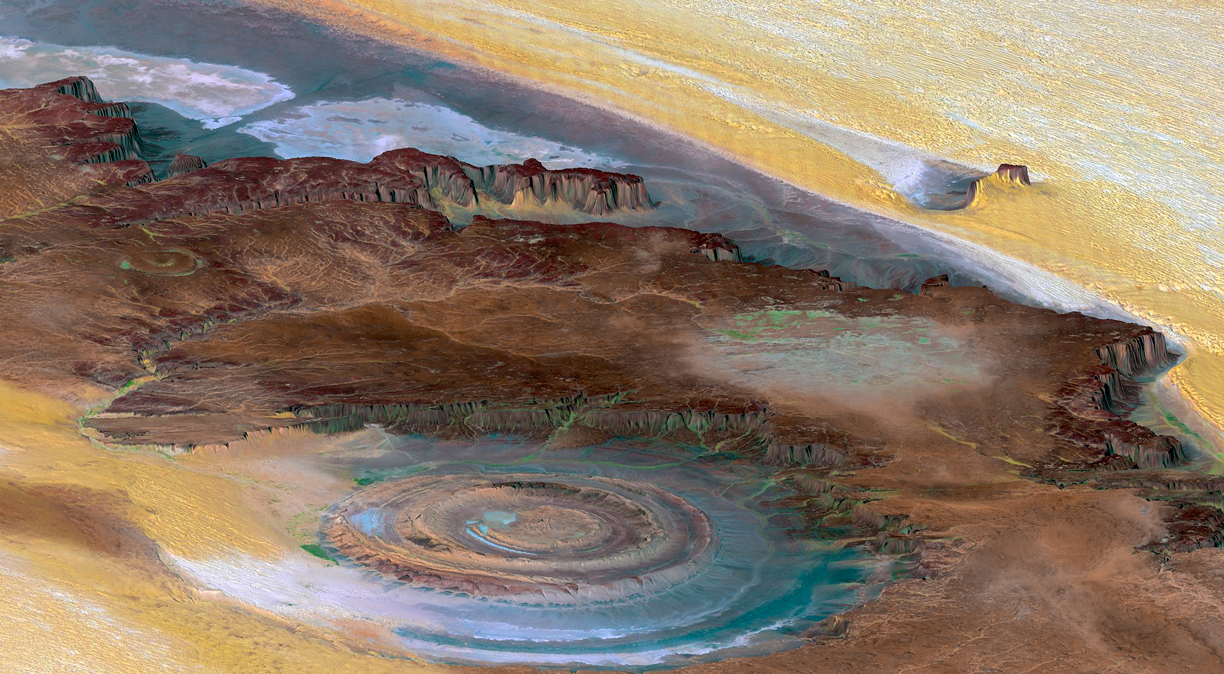 Probably the most impressive geological formation of Mauritania, the Eye of the Sahara, known as the Richat Structure, an eroded dome of sedimentary rocks with a diameter of about 50 km (32 mi).
Photo: NASA/JPL/NIMA


To the northeast of the Adrar is the Richat Structure, also known as the Eye of the Sahara, a ring-shaped, crater-like geological formation with a diameter of 50 kilometers.

The Aoukar Depression, until about 2400 years ago, the vast depression was covered by a lake without an outlet. People settled on its shores, but they lost their livelihoods when the lake eventually dried up. Of their abandoned settlements, about four hundred have been found to date.

Ben Amera, the largest monolith in Africa, rises more than half a kilometer from the floor of the Sahara Desert.

Kediet ej Jill is a black metal-mountain in north-central Mauritania between the towns of Zouérat and Fderick, near the border to Western Sahara. The iron ore of the mountain has been mined commercially for decades. The only railroad line in the country connects the mines with the port city of Nouadhibou. At 915 m (3,002 ft), Kediet ej Jill includes the highest point in Mauritania.

The Senegal River is a 1,086 km (675 mi) long river in West Africa that forms the border between Senegal and Mauritania, it is the largest river in Mauritania.

The Sahara, a vast arid to semi-arid area across North Africa, from the North Atlantic Ocean to the Red Sea. It is the world's largest (hot) desert with an area of about 8,600,000 km² (3,320,000 sq mi), roughly the size of the United States. The Sahara covers large parts of Morocco, Algeria, Tunisia, Libya, Egypt, Western Sahara, Mauritania, Mali, Niger, Chad, and Sudan.

The map shows the location of the following cities, towns and villages in Mauritania:

Cities and Towns in Mauritania