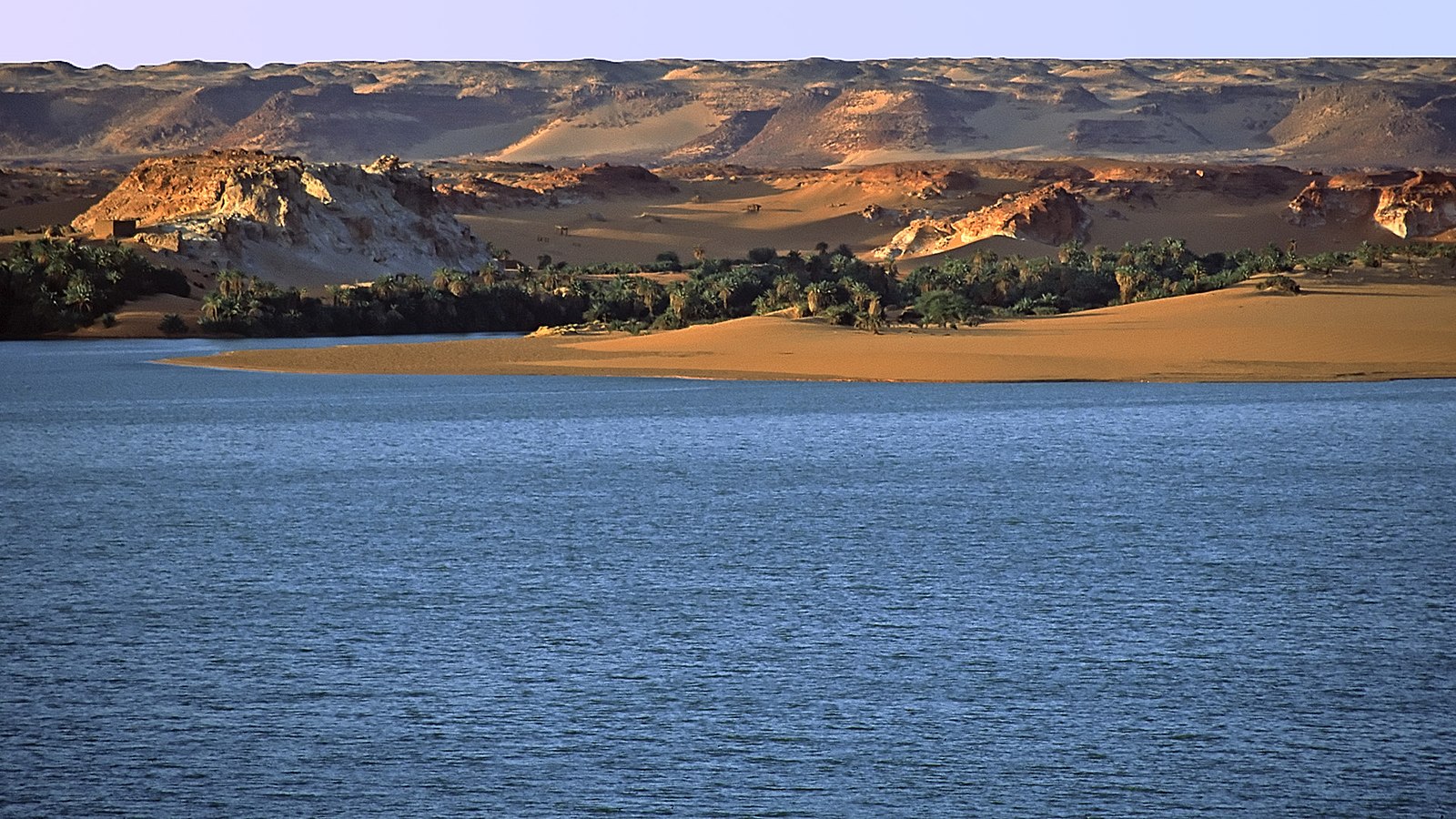 Lake Yoa, the most famous and second-largest of the Lakes of Ounianga, a series of lakes in the Sahara Desert of the Borkou-Ennedi-Tibesti region in northeastern Chad and a World Heritage Site.
Image: Jacques Taberlet 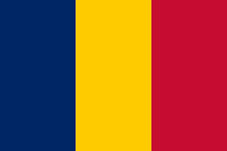 The map shows Chad, a vast landlocked country in the north of Central Africa. It borders Cameroon to the southwest, the Central African Republic to the south, Libya to the north, Niger to the west, and the Darfur region of Sudan in the east, and has a border with Nigeria across Lake Chad.

Chad covers an area of 1,284,000 km², making it somewhat larger than 2.5 times the size of Spain, or about three times the size of California. The country's landscape is defined by three major regions. In the north is the desert zone of the southeastern Sahara with the Tibesti Mountains in the northwest, in the center of the country are the vast arid plains of the Sahel belt, and in the south is the lowland of the fertile Sudanese savannah zone.

Chad has a population of 16.8 million people (est. 2021). The capital and primate city is N'Djamena; spoken languages are French and Arabic (both official), over 120 languages and dialects are in use by 200 distinct ethnic groups, Chadian Arabic is the lingua franca. About 55% of the population are Muslims and 40% are Christians. 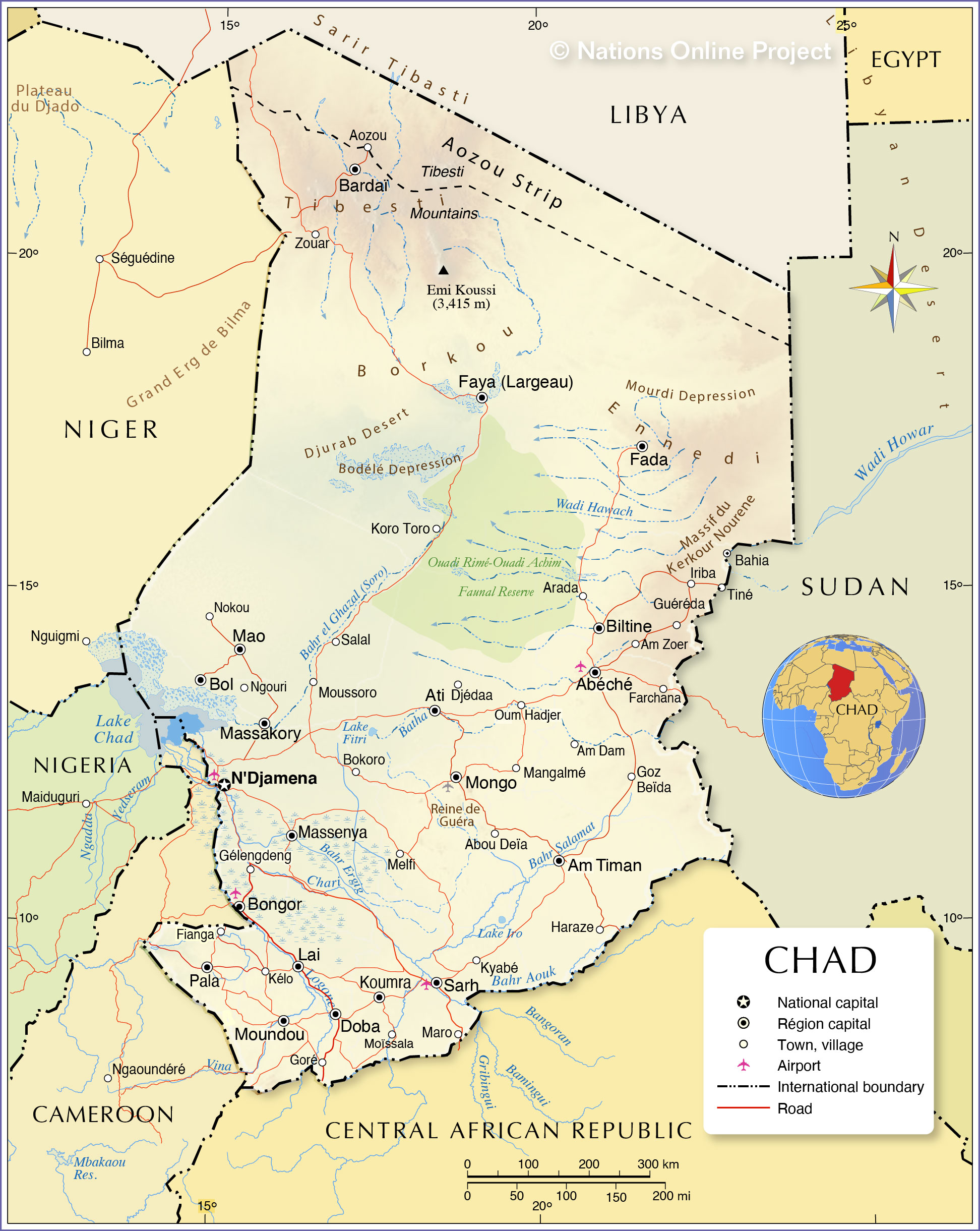 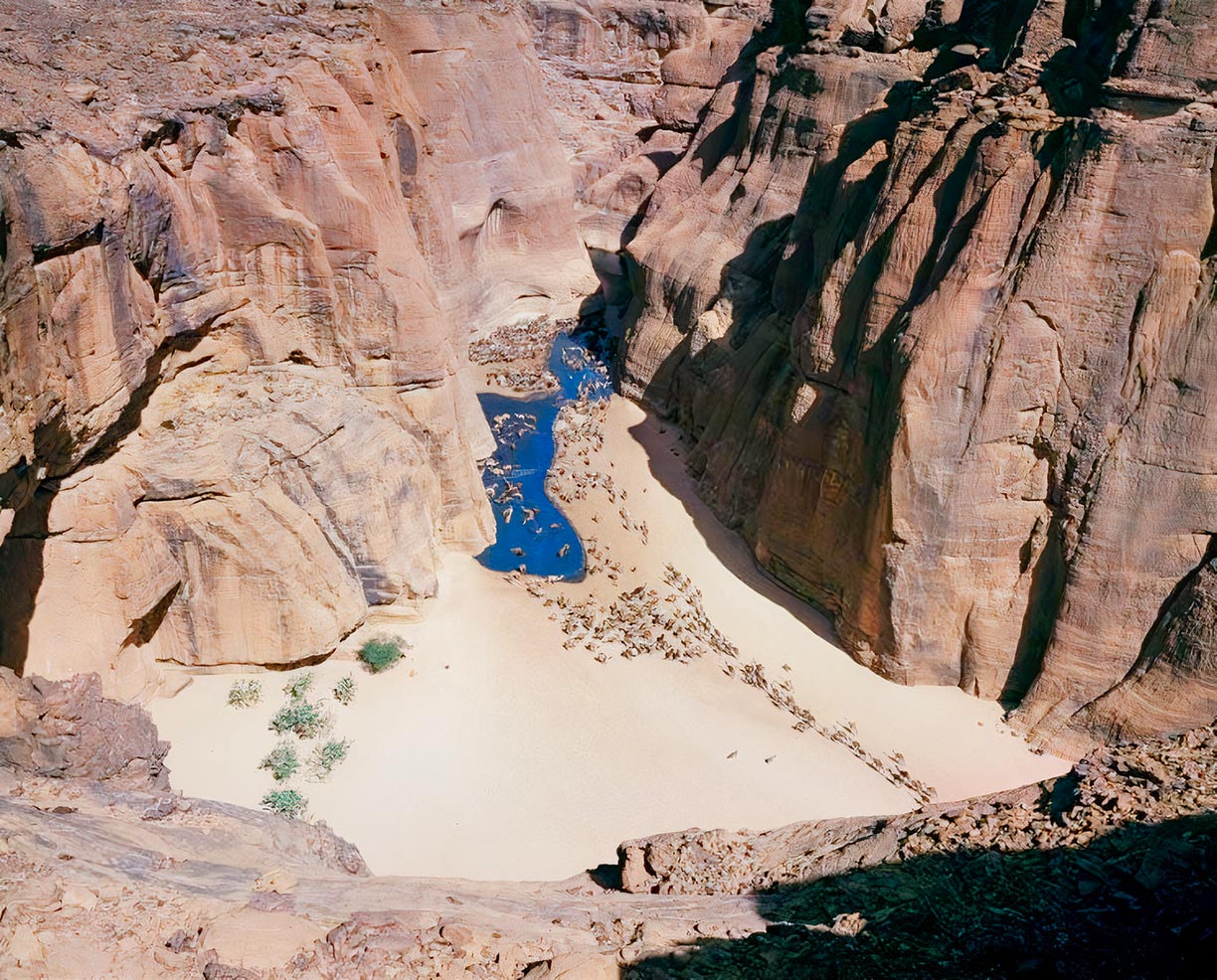 Camels at the Guelta d'Archei, a waterhole in a canyon on the Ennedi Plateau.
Photo: Desertman


Africa's fifth-largest country lies in the Chad Basin, the largest endorheic basin in Africa. The plain extends over an area of about 2.4 million km² (927,000 square mi), from northern Chad to the northern regions of Niger and the Central African Republic.
It is shared by seven countries: northeastern Nigeria, eastern Niger, southeastern Algeria, southwestern Sudan (much of Darfur region), northern Central Africa Republic, almost all of Chad, and a small corner of Cameroon. The Chad Basin Plain has no outlet (endorheic) to the sea and contains large semi-arid desert and savanna areas.

The Desert
The territory of Chad lies in three major geographical zones. The northern third is in the southeastern part of the Sahara, the world's largest hot desert. Due to an inhospitable environment, the area is sparsely populated. In the northwestern corner of the country rises the Tibesti Mountains. The highest mountain of the country with a height of 3,415 m, the Emi Koussi, is located there. 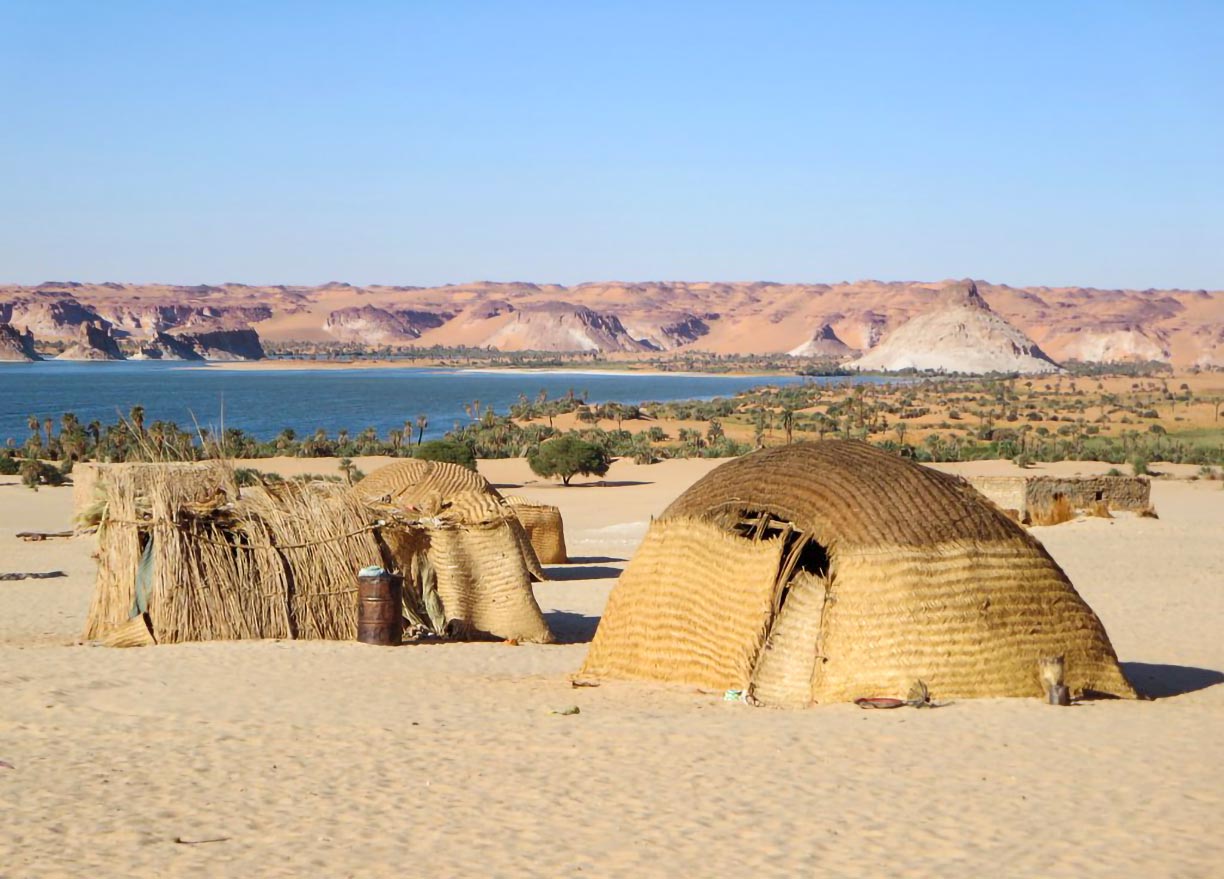 Lake Teli and huts of Ounianga Serir Village in the hyper-arid Ennedi region of the Sahara desert in northeastern Chad. The Lakes of Ounianga is a UNESCO World Heritage Site.
Photo: David Stanley


The transition zone
To the south of the Sahara lies the Sahel, a semi-arid transitional zone, a 600 km (380 mi) wide belt that stretches across the country. In contrast to the Sahara, there is a (short) rainy season in the Sahel.
Within the Sahel lies Lake Chad, once a huge lake that became increasingly dry as the desert grew.
The country's capital is also located in the Sahel zone. N'Djamena is by far the largest city in the nation.

The savanna
The southern landscape of Chad is defined by the Sudanian savanna, a tropical grass and shrublands region. In the only part of the country where farming is possible, the natural vegetation has given way to agriculture.

The main rivers of Chad are the Chari and the Logone and their tributaries. It is these two rivers that protect Lake Chad from drying up completely.

The map shows the location of the following cities and towns of Chad:

Regions of Chad
Since 2003 the Republic of Chad is divided into 18 regions (Région) replacing the previous 14 prefectures;
the regions are in alphabetic order (region capitals/ administrative centers in brackets):

The capital N'Djamena is a special statute region.

Satellite View and Map of Chad