The Eritrean "Grand Canyon," the area is part of the East African Rift.
Image: Clay Gilliland

Eritrea is a country north of the Horn of Africa with a 1,000 km long coastline on the Red Sea. It borders Sudan in the west, Ethiopia in the south and Djibouti in the southeast. The country shares maritime borders with Saudi Arabia and Yemen. East of the mainland is the Dahlak Archipelago, a group of islands in the Red Sea surrounded by coral reefs and shoals.

Eritrea covers an area of 117,000 km²; compared, the country is somewhat smaller than England or slightly larger than the US state of Pennsylvania.

Eritrea's population of about 6 million people comprises Tigrinya (55%), Tigre (30%) and some smaller ethnic groups. The capital and largest city is Asmara, situated on the northwestern edge of the Eritrean highlands. Spoken languages are Tigrinya, Arabic, and English. About half of the population are Sunni Muslims, and an estimated 48% are Christians. 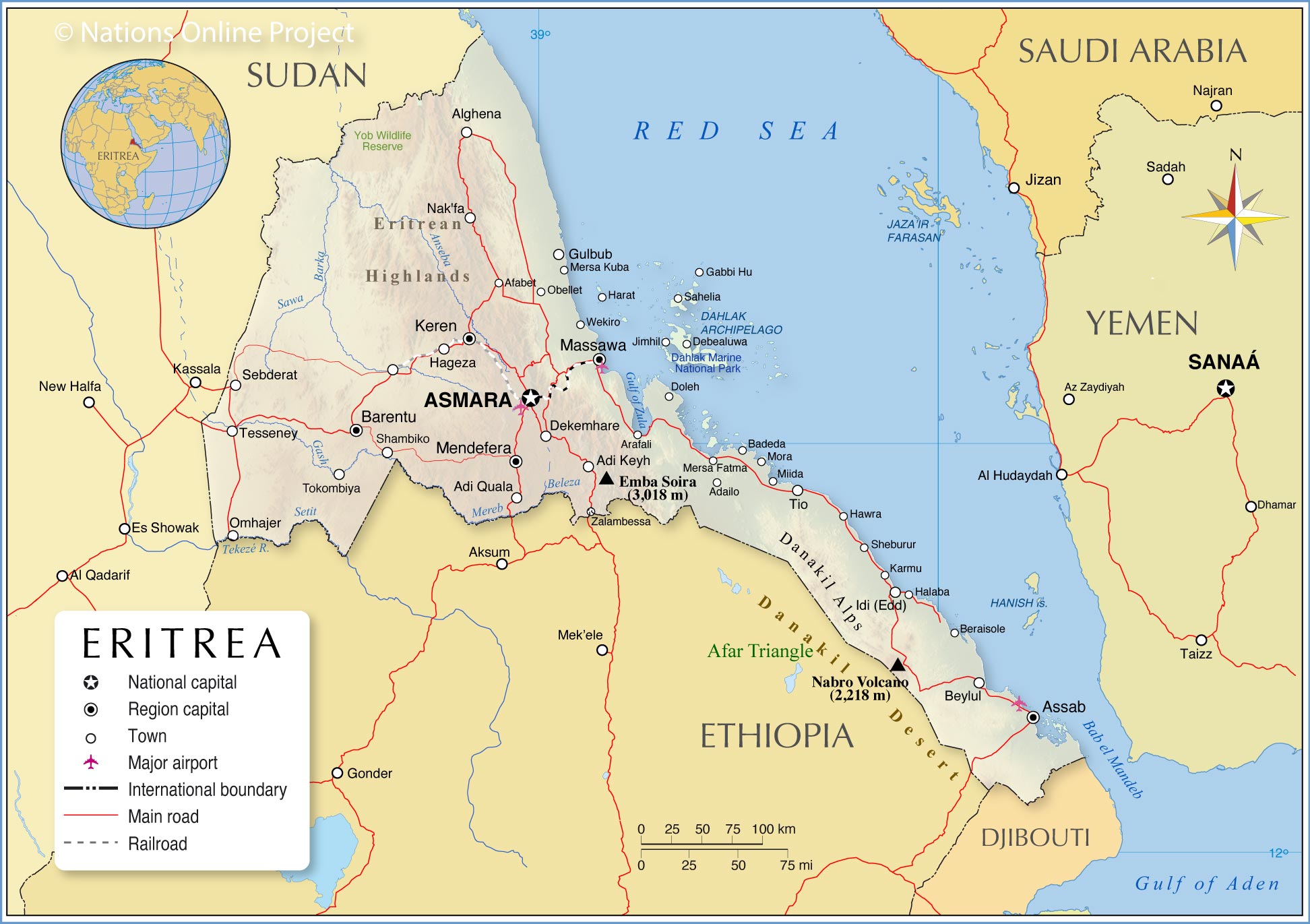 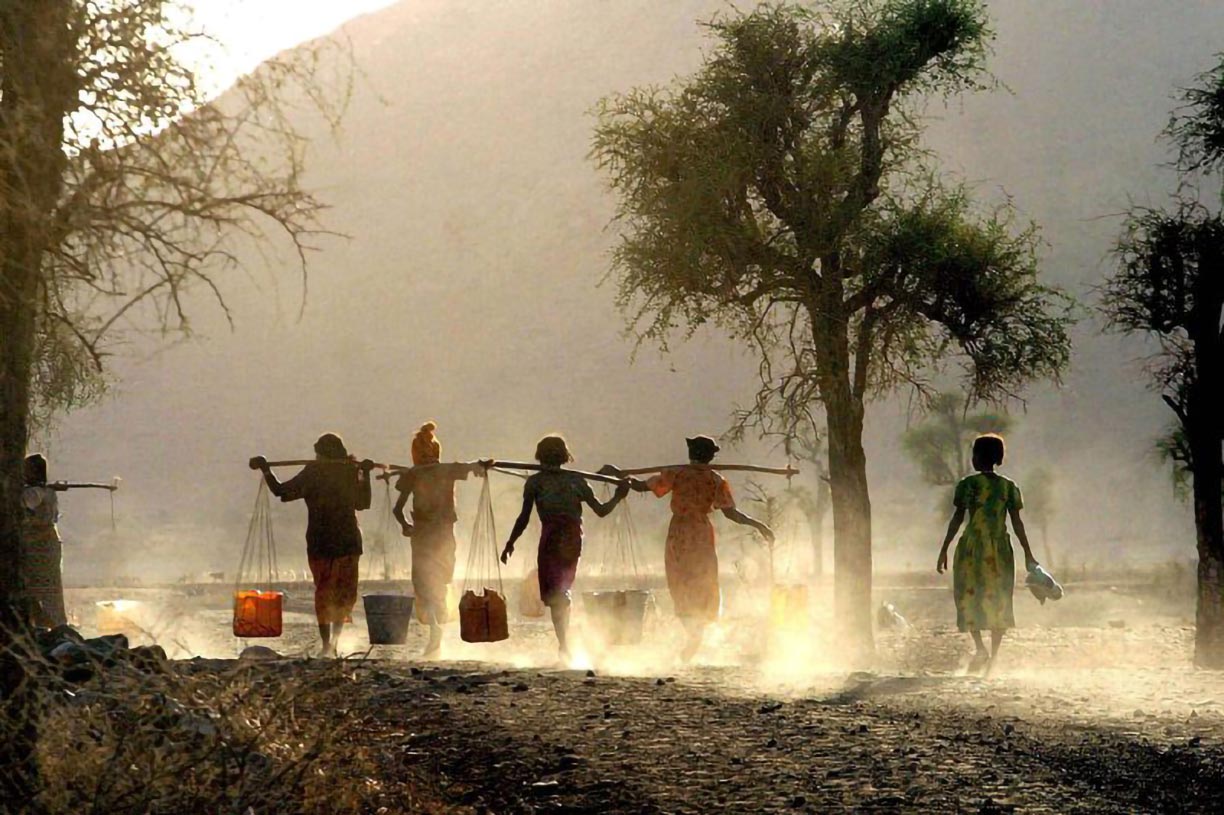 Eritrea is in a geopolitically strategic location on one of the busiest shipping routes in the world.
It retained Ethiopia's entire coastline along the Red Sea when it became independent from Ethiopia in 1993.

The Eritrean Highlands define large parts of the country's landscape. The highlands are the northern extension of the Ethiopian plateau, extending northward through the western part of Eritrea.

The country's main urban areas are concentrated there, where the climate is cooler and wetter, and the soil is more fertile.

West of the highlands are the western lowlands which are characterized by the Sahel. The East Sudanian savanna, a hot, dry, wooded area, extends into the southwestern corner of the country.

Situated between the highlands and the Red Sea is a hot and arid desert savannah. To the east is the 30-50 km wide Eritrean 'panhandle,' a flat coastal desert strip, running south to Djibouti.
This part of the country lies in the "fork" of the East African Rift that splits towards the Red Sea. The depression is known as the Afar Triangle.


Rivers
Eritrea has four major rivers, the Barka River and its tributary, the Anseba. The Tekezé River, in Eritrea known as Setit, forms a section of the country's border with Ethiopia in the southwest.
The Gash, also known as Mereb, forms parts of the border with Ethiopia in the south. All Eritrean rivers, except for the Setit, do not carry water all year round; they are fed by seasonal rains.

Mountains
In the center of the western portion of the country is the mountainous landscape of the Eritrean highland. Deep gorges and river courses crisscross the plateau, and the altitude varies between 1,800 and 3,000 meters. The highest point in Eritrea is Emba Soira at 3,018 m; the volcano is located in the panhandle's Debub region near the border with Ethiopia; it is one of several active volcanoes in the Danakil Alps.

The map shows the location of the following Eritrean cities and towns:

Satellite View and Map of Eritrea