View of Makoko, a neighbourhood of Nigeria's capital Lagos, a megalopolis and the most populous urban agglomeration on the African continent, 'home' to 22 million people.
Image: Oritsetsemaye Jemide

By convention, West Africa is the western part of Africa, bounded in the west by the Atlantic Ocean, in the south by the Gulf of Guinea, and in the north by the Sahara and the Sahel, a beltlike semiarid transition zone between the Sahara desert and the Sudanian Savanna.

ECOWAS
On May 28 1975, the Economic Community of West African States (ECOWAS) was founded. The federation of 15 West African nations was formed with the intent to provide self-sufficiency for its member states and as a trading union meant to create a single, large trading bloc through economic cooperation. 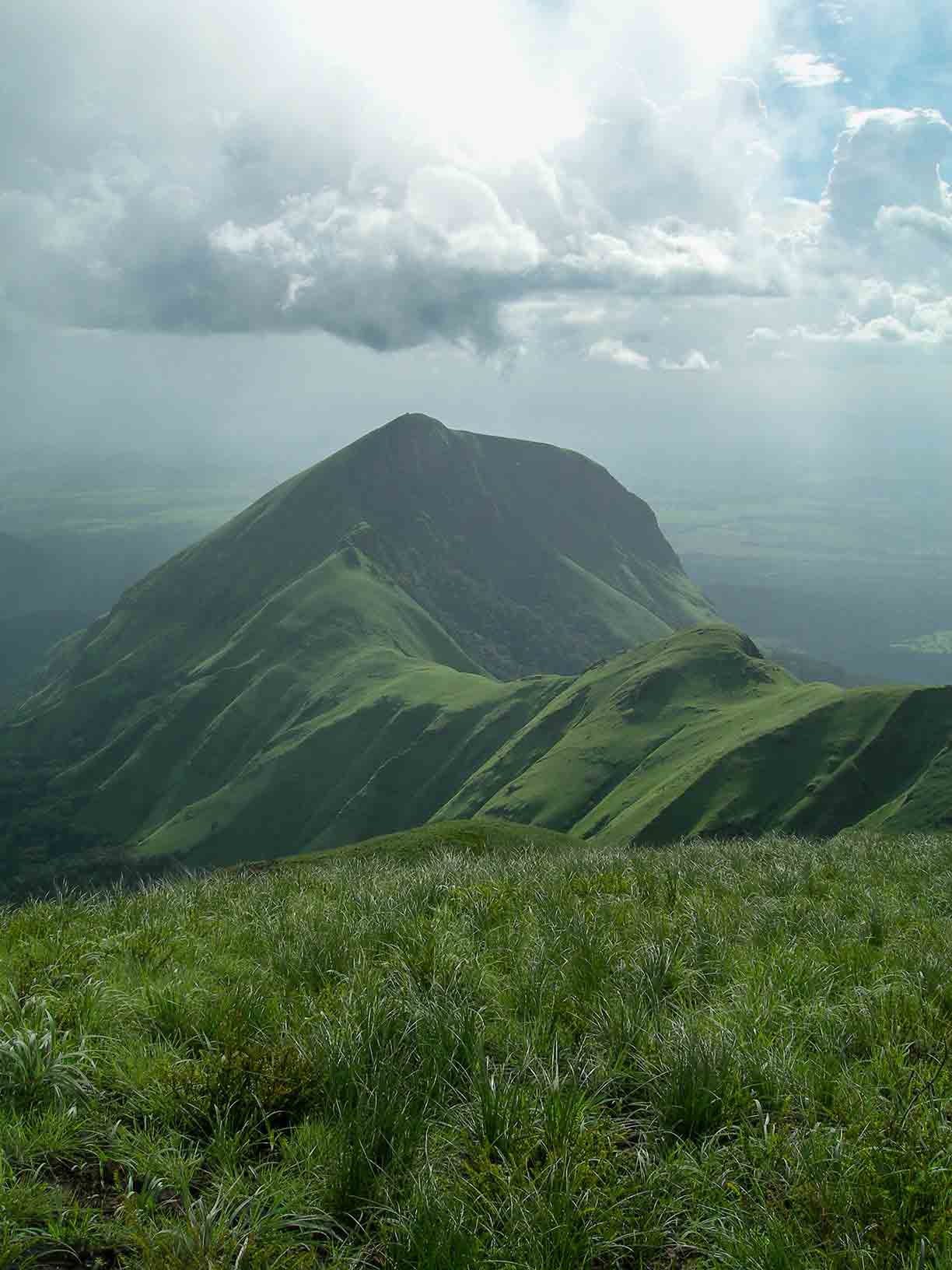 Mount Nimba (Mount Richard-Molard) along the border of Ivory Coast and Guinea is the highest peak for both countries. The mountain rises above the surrounding savannah and reaches a summit of 1,752 m. The Mount Nimba Strict Nature Reserve is a UNESCO World Heritage Site.
Photo: © UNESCO - Guy Debonnet

Area and Population
West Africa occupies an area of approximately 8 million km², about one-fifth of Africa. Close to 400 million people live in the region. [2]


Geography of West Africa
West Africa's landscape is mainly flat with coastal plains in the west and south, especially in Senegal, the southern Ivory Coast, the Niger Delta and the lower valleys of the Volta and Niger rivers. The interior consists of a hilly low plateau with elevations below 500 m.

The highest peaks in West Africa are in the densely forested Guinea Highlands; the highest mountain in the region is Mount Bintumani in Sierra Leone, at 1,945 m. Also part of the Guinea Highlands is Mount Richard-Molard at 1,752 m, a peak in the Nimba Range along the border of Ivory Coast and Guinea.
Mont Idoukal-n-Taghès at 2,022 m is a peak of the Aïr Mountains in the northern part of Niger.

West Africa has five different climate and vegetation zones, which extend like belts from west to east.
These bioclimatic zones are known as the Saharan, Sahelian, Sudanian, Guinean, and Guineo-Congolian Regions.

The Sahara with its flat plateaus and isolated mountains is a vast hot desert that covers much of North Africa to the south of the Mediterranean coastal regions. The Saharan landscape varies from sandy seas and dune fields to gravel plains; the vegetation is quite sparse, and rainfall in the desert is virtually non-existent.

The Sahel is a broad belt of semi-arid tropical savanna about 350 km wide with a short and irregular summer rainy season. Sahel's vegetation consists mainly of grass, shrubs, and thorny trees such as acacias.

South of the Sahel is the broad belt of the Sudanian Savanna, a tropical savanna with sufficient rainfall for dens wooded savannas and open woodlands, but also dry enough for annual bush fires, which sweep through the savannah areas and burn up to 80 percent of the vegetation.

South of the Sudanian Savanna is the Guinean Region, also known as the Guinean forest-savanna mosaic, a belt of interlaced forests, savannas, and grassland. Tropical savannas and deciduous forests characterize the area with a relatively high amount of annual precipitation (between 1,200 and 2,200 mm). Within the Guinean Region are the Guinea Highlands, a densely forested mountainous plateau that extends from central Guinea through northern Sierra Leone and Liberia to western Ivory Coast.

The wet Guineo-Congolian Region is a forest zone with two rainy seasons; it extends from the Atlantic Ocean along the coast of the Gulf of Guinea through the Congo Basin as far as Rwanda and Burundi. The region is split geographically into a western and an eastern part, separated by the Dahomey Gap where the Guinean forest-savanna extends all the way to the southern coast. The flora of the Upper Guinean forests in the west and the Lower Guinean forests in the east is the richest in West Africa, but they suffer significantly from tropical deforestation and little undisturbed primary forest now remains.

The map also shows the location of the largest/most populos cities in West Africa.