The peaks of the Alcazaba and Mulhacén of the Sierra Nevada mountain range, seen from the Cortijo del Hornillo in southern Spain. Mount Mulhacén is the highest mountain on the Iberian Peninsula.
Image: Mariano Sevilla 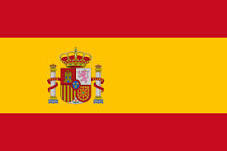 The map shows the Iberian Peninsula with Spain, officially the Kingdom of Spain (Span.: Reino de España), a state in southwestern Europe with two exclaves in North Africa. Spain's mainland is bounded by the Pyrenees mountain range in the northeast, the Bay of Biscay, a gulf of the northeast Atlantic Ocean in the north, the Gulf of Cadiz and the Strait of Gibraltar in the south, and the Mediterranean Sea in the south and east. In the west, Spain surrounds Portugal on two sides.

The Kingdom of Spain has a population of 47.1 million people (in 2020), the capital and largest city is Madrid with 3.2 million inhabitants. Spoken languages are Spanish (official), co-official languages are Catalan, Galician, Basque, and Occitan. 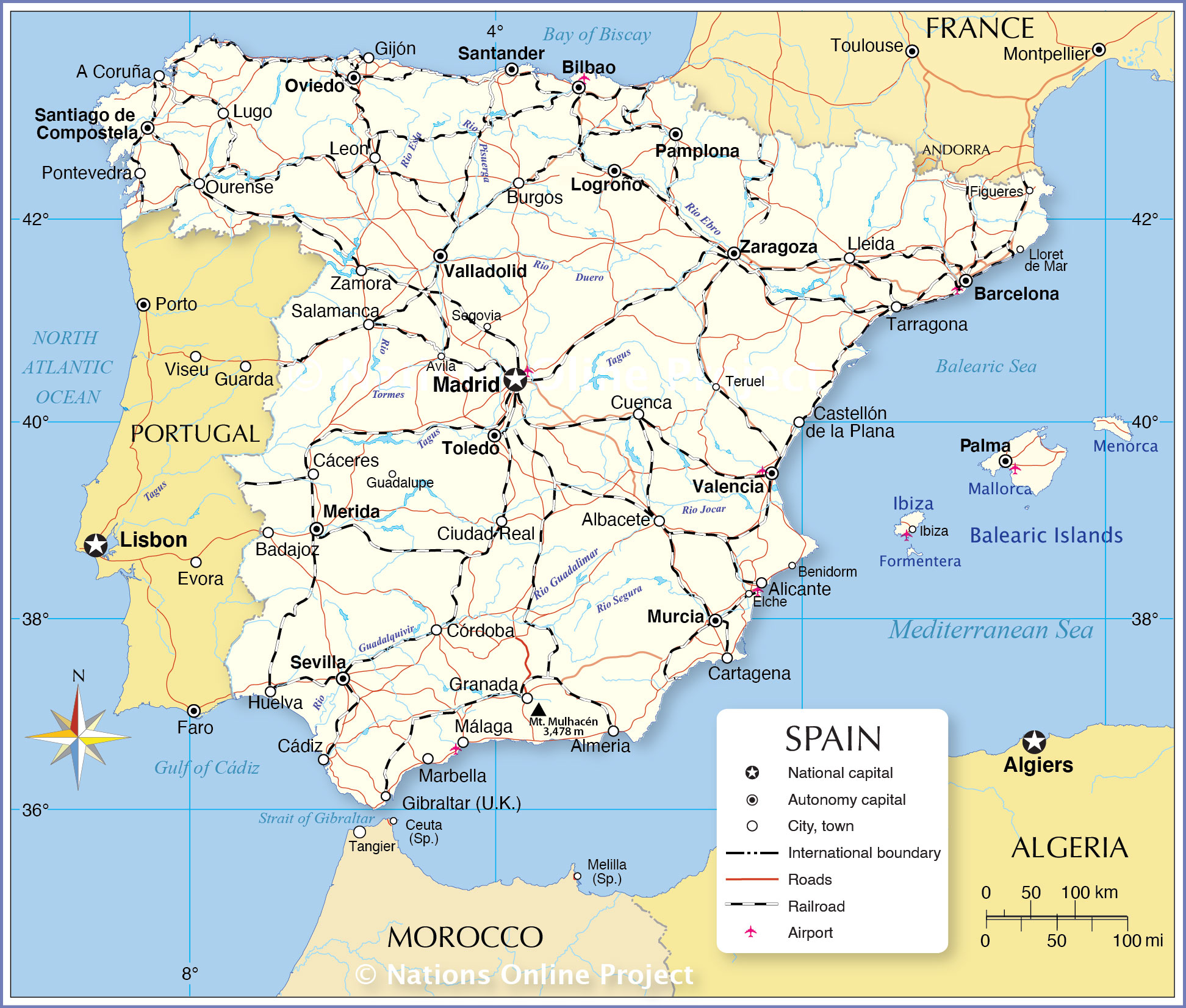 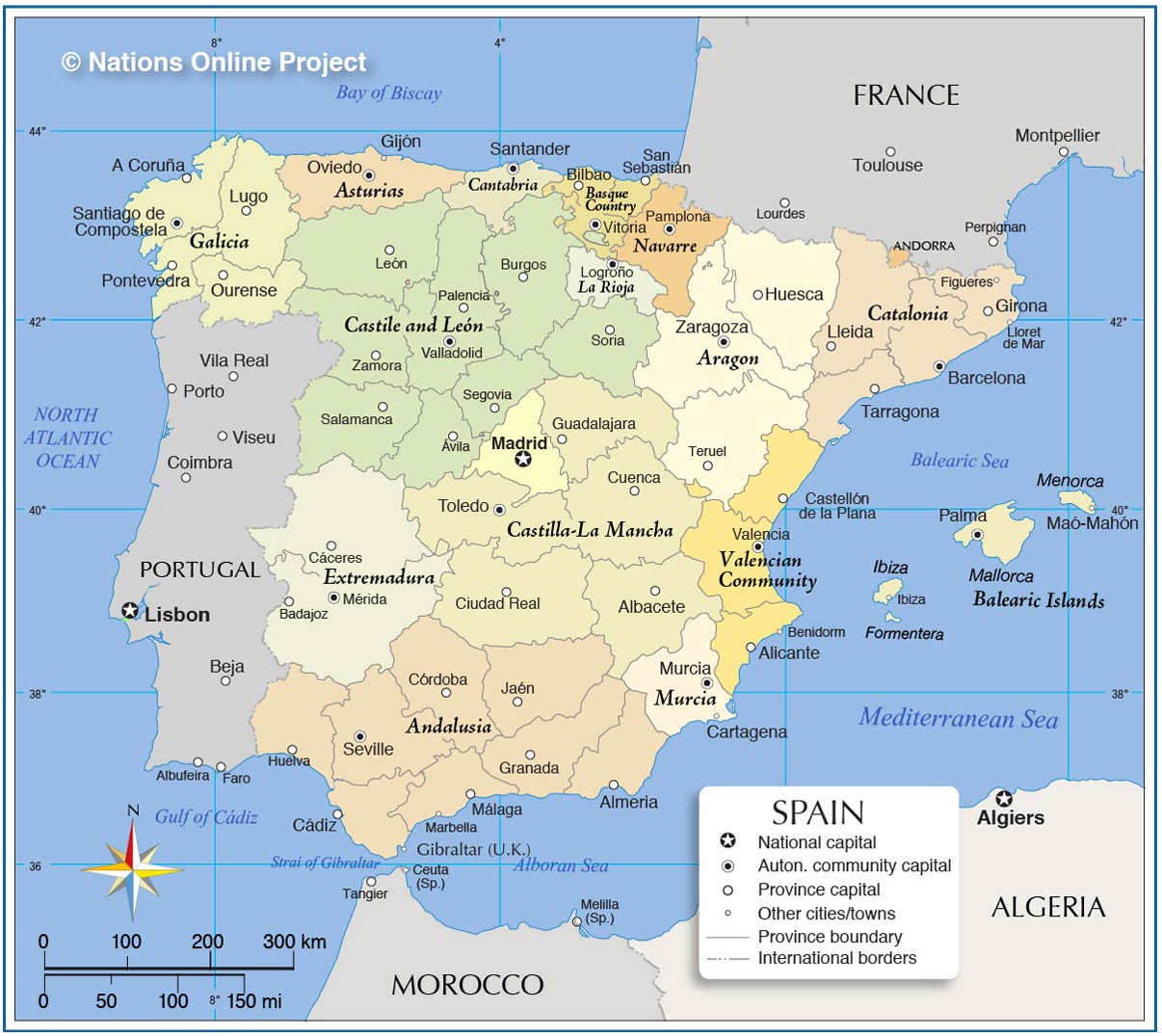 Administrative Map of Spain (without the Canary Islands)
© nationsonline.org

Spain is bordered by Portugal in the west, by France and Andorra in the northeast. It shares borders with Morocco at the Spanish coastal exclaves of Ceuta and Melilla, the two permanently inhabited Spanish autonomous cities in Northern Africa.

Islands
The territory of Spain includes two archipelagos, the Balearic Islands (Majorca, Minorca, Ibiza, and Formentera) in the Mediterranean Sea, and the Canary Islands (Tenerife, Fuerteventura, Gran Canaria, Lanzarote, La Palma, La Gomera, and El Hierro) in the Atlantic Ocean, west off the coast of Morocco.

Gibraltar
And there is Gibraltar, the tiny British Overseas Territory, one small jut dangling from the peninsula, is still a disputed area. Spain's irredentist claims on Gibraltar escalated when Spain threatened to take control of Gibraltar "the very next day" after a British withdrawal from the EU.

Landscape
Spain's landscape offers a variety of sceneries, from soaring peaks in its mountain ranges to a Mediterranean flair in the south, from dense forests to wetlands and desert areas, deep canyons with spectacular waterfalls alternate with red-brown or white-colored villages and ancient castles.

Climate
Spain's weather patterns range from temperate Atlantic in the north to a Mediterranean climate in the south. The northern regions experience cool summers, mild winters, and year-round rainfall, the interior has hot, dry summers and cold winters, with snow on the higher elevations. The Mediterranean regions enjoy a subtropical climate.

The map shows the location of the following Spanish cities and towns: