Satellite View and Map of the City of Nice, France 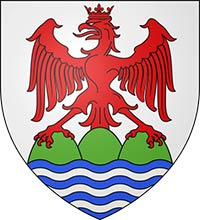 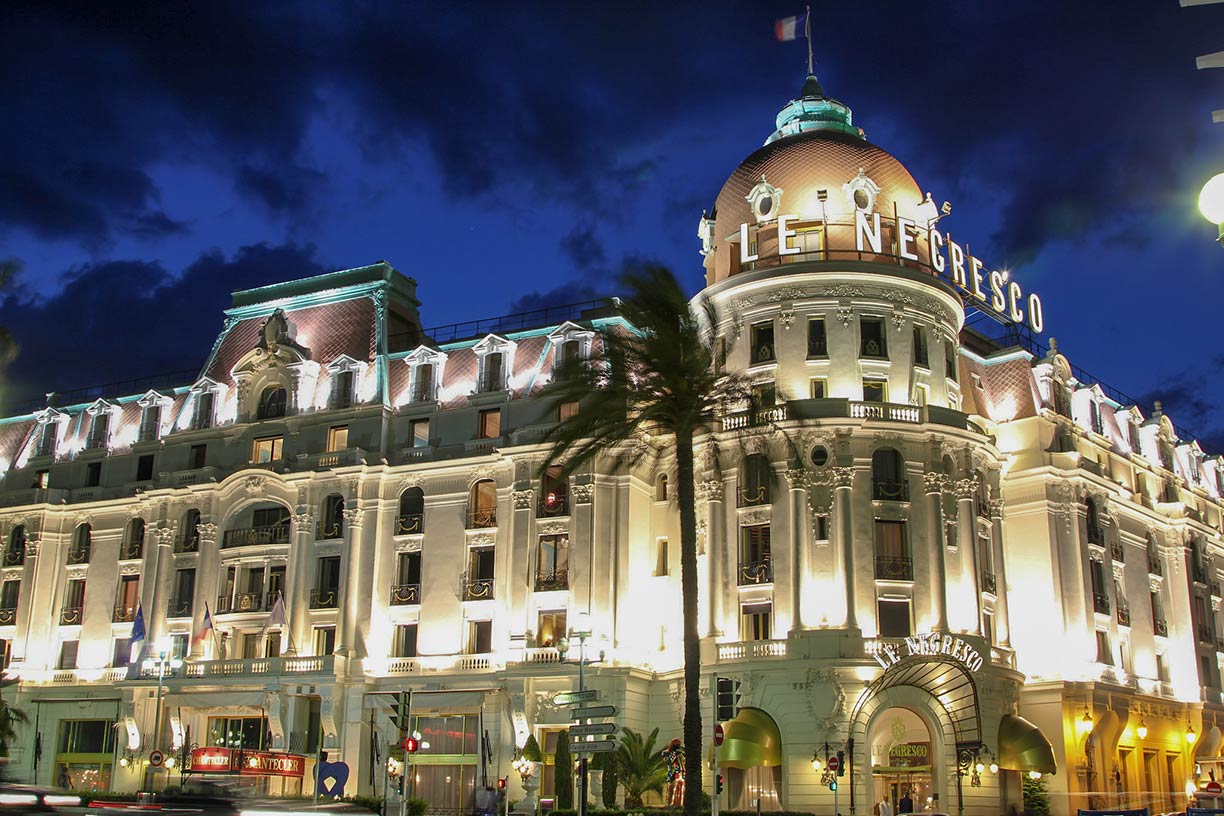 The famous Hotel Negresco on the Promenade des Anglais in Nice is a member of the Leading Hotels of the World.
Image: sylartinitaly

The satellite view and the map show Nice, a port and a famous resort city in southern

France. The capital of the Alpes-Maritimes department is located on the Côte d'Azur coast (French Riviera) of the Mediterranean Sea about 30 km northeast of Cannes and 13 km southwest of Monaco.

The area of today’s Nice is believed to be among the oldest human settlements in Europe. The place changed hands many times. Settled by Greeks in the fifth century B.C., it was the scene of the Roman’s first occupation of Gaul. The city was sacked in 1543 by the Turks. It was taken in 1792 by France during the French Revolution, when it was a refuge for Royalists.

Nice has a population of about 1 million people in its metropolitan area. Spoken language is French.
The region has a Mediterranean climate with mild temperatures most of the year. It was this pleasant climate which has, beginning in the second half of the 18th century, attracted first wealthy English people and later Russian nobility to spend the winter in Nice.

The city is #4 in National Geographic's Top 10 list of Beach Cities. 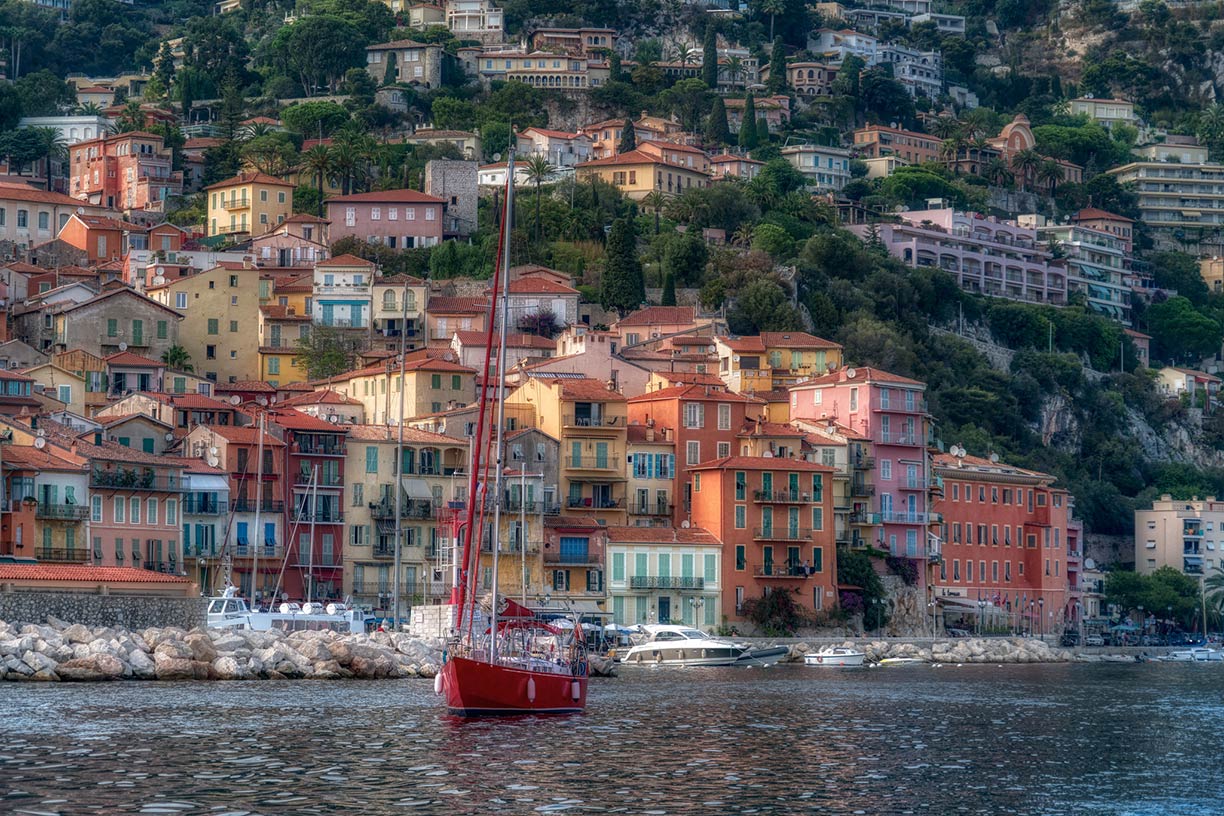 Promenade des Anglais is a place to amble in style. Its highlights are, besides the beaches of Baie des Anges (Bay of the Angels), the Hotel Negresco and the 5-star art deco hotel Palais de la Méditerranée. 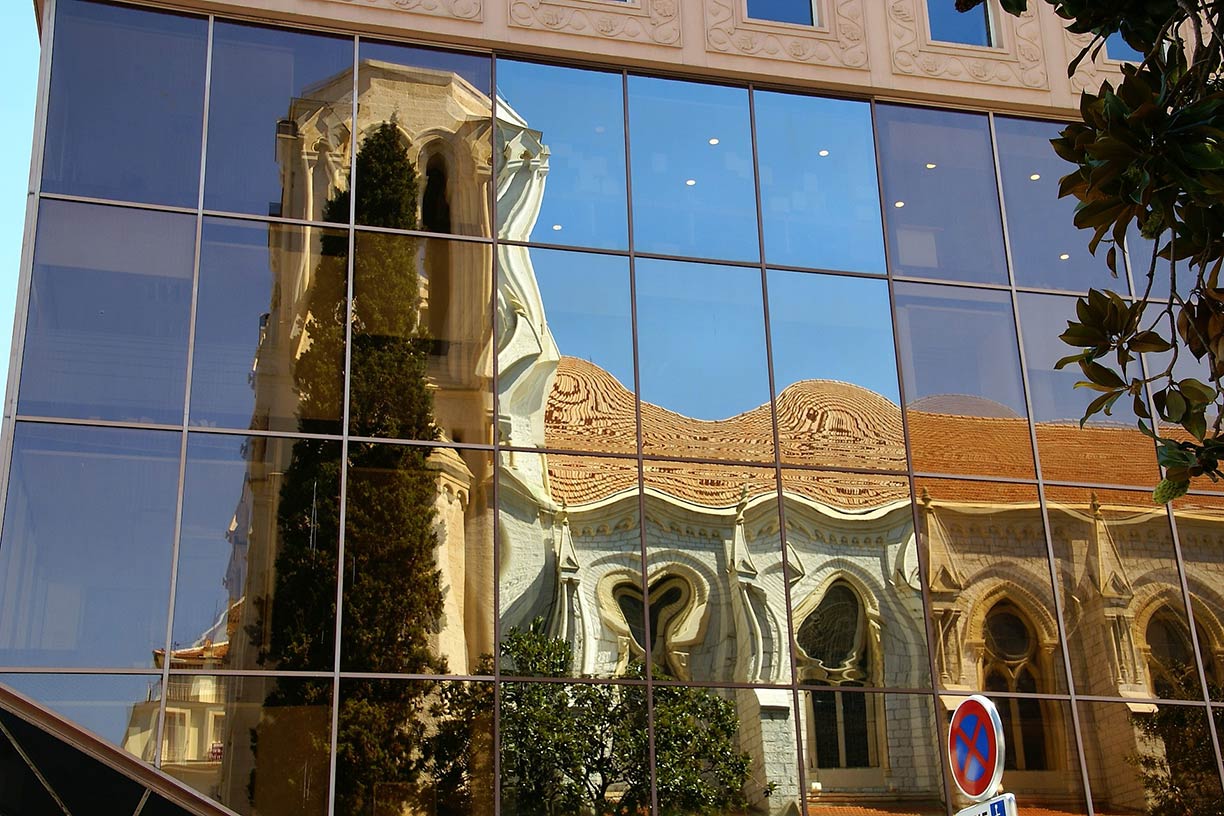 Nice Cathedral, the 17th century Roman Catholic cathedral is the seat of the Diocese of Nice.

Notre-Dame de Nice, the Roman Catholic Neo-Gothic basilica is located on the Avenue Jean-Médecin in the center of the town.

Russian Orthodox Cathedral is an early 20th-century cathedral built for the Russian nobility; it is the largest Eastern Orthodox cathedral in Western Europe.

Palais Nikaia (www.nikaia.fr) is a multi-purpose facility and concert hall.

In 2016 Nice was one of the host cities for the UEFA Euro 2016 football games, the event venue was the Allianz Riviera, a multi-use stadium used mostly for football matches of OGC Nice.

The map shows a city map of Nice with expressways, main roads, and streets, zoom out to find the location of Nice Côte d'Azur Airport (IATA code: NCE) southwest of the city.