Satellite View and Map of the City of Cannes (Canas), France

Panorama view of Cannes with the Old Port, the Palais des Festivals and the Cannes Congress.
Image: Bochenek 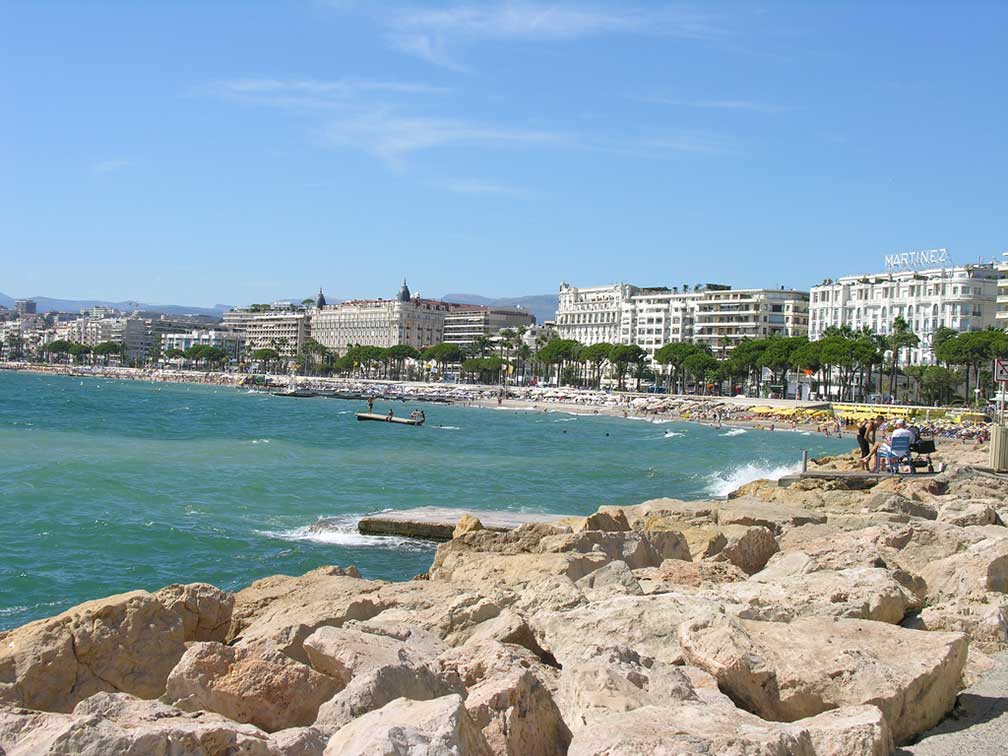 The city of Cannes at the French Riviera.
Image: Frank Jepsen

The map view shows Cannes, the famous resort city along the Bay of Cannes at the French Riviera. The coastal area which includes Nice, Cannes, and Saint Tropez, is known as the Côte d'Azur, the coast of the azure-colored waters of the Mediterranean Sea in south-eastern

The city is located about 30 km southwest of Nice in southeastern France in the Alpes-Maritimes department of the Provence-Alpes-Côte d'Azur.

The glamorous city is known as the playground for the rich and famous and offers the appropriate facilities to blow one's hard-earned money, luxury hotels and pricey restaurants, three casinos, the usual international classy brands and designer-shops, a waterfront avenue with palm trees, a marina, and picturesque beaches.

Cannes is host to the annual presentation of the Palme d'Or or "Golden Palm" (www.festival-cannes.com), the highest prize awarded to a competing film at the Cannes Film Festival.

The city has a population of about 74,000 inhabitants; the official language is French.