Satellite View and Map of the City of Paris, France

Courtyard of the Louvre Museum (Cour Napoléon) with its glass pyramids. The Louvre is the world's largest art museum, it is located on the right bank of the river Seine in the 1st arrondissement, an urban district of Paris.
Image: Benh LIEU SONG

France. Paris is situated on the River Seine in northern France. "The City of Lights" is one of the great cultural centers of Europe, famous for its lifestyle, cuisine, arts, and fashion. It was the European Capital of Culture in 1989.

On the annotated map below you will find the location of the most famous landmarks of Paris. 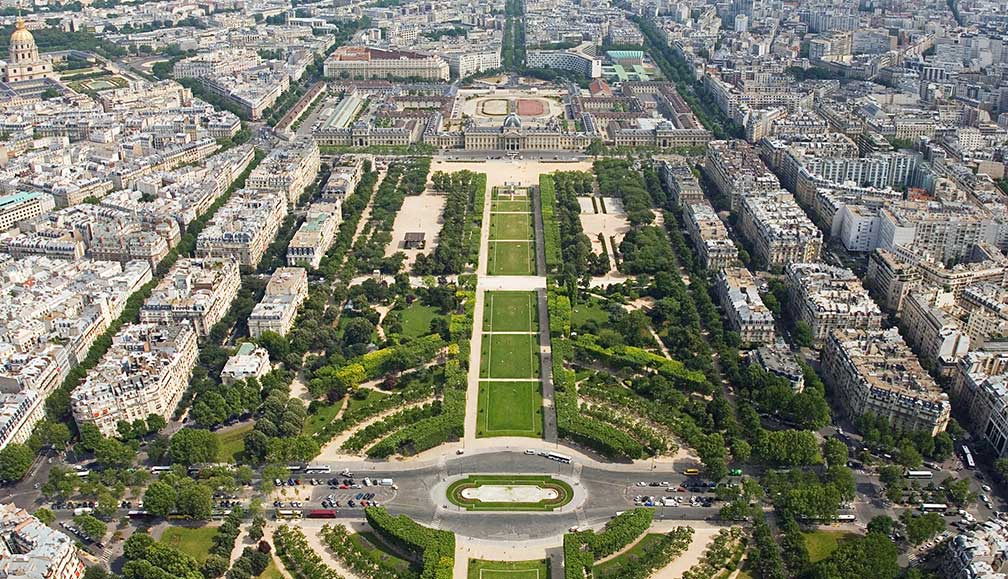 
Even though Paris is the uncontested center of France, the French constitution does not recognize any capital city in France. By law, Paris is the seat of both houses of Parliament of the French Republic (the National Assembly and the Senate), but their joint congresses are held at the Palace of Versailles.

Paris has a city population of about 2.15 million inhabitants, in its metropolitan area live almost 10 million people.

In 2016 Paris was one of the host cities for the UEFA Euro 2016 football games. There were two venues for the event, the Parc des Princes stadium in the southwest of Paris, and the Stade de France, the national stadium of France is situated about 8 km by road (via A1) north of Paris in the commune of Saint-Denis.

Just zoom in (+) to see the Eiffel Tower, the city's most famous landmark.

The Map shows a city map of Paris with expressways, main roads, and streets, and the Airports of Paris:

To find a location like the Louvre or the Arc de Triomphe or any other location in Paris, use the form below.

Satellite view with information about the Eiffel Tower

Satellite View with information about the Palace of Versailles

Map of Major Airports in Europe

Paris Guide
An American in Paris.