Satellite View and Map of the City of Bordeaux, France 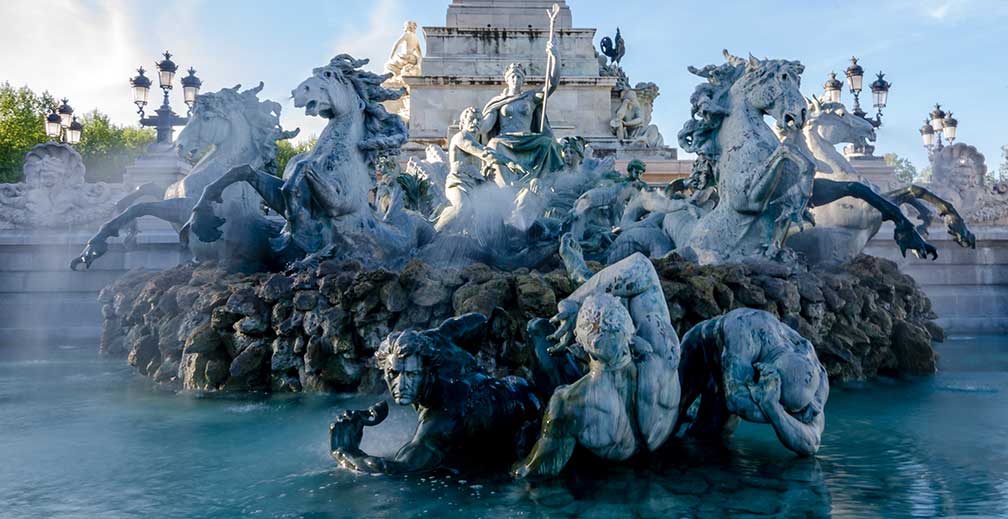 Fontaine des Girondins, the fountain at Place des Quinconces, one of the largest city squares in Europe.
Image: BRENAC

The map shows Bordeaux, a port city in southwestern

France. It is the capital of the Aquitaine-Limousin-Poitou-Charentes region and the seat of the prefecture of the Gironde department.

The city is situated predominantly on the left bank of the Garonne river, about 50 km (30 miles) east off the coast of the Atlantic Ocean. The Aquitaine region has an oceanic climate with warm summers and mild winters.

In the course of time, Bordeaux was the chief town Burdigala of the Celtic Bituriges Vivisci, a Gaul tribe; it became the capital of the Roman province of Aquitania Secunda, and some centuries later it came under the rule of the dukes of Aquitaine. The region was under English domination from 1154 until 1453, in this time Richard II King of England was born in Bordeaux in 1377. In the 18th century, the town became wealthy as a slave trading port. 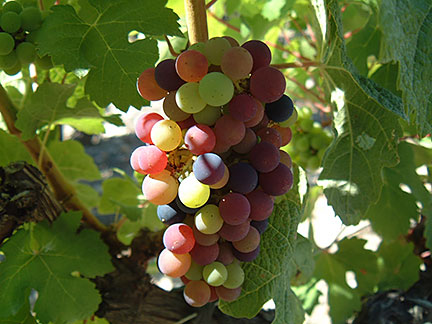 A bunch of grapes (Cabernet Sauvignon) during veraison (color change) in a vineyard in Moulis-en-Médoc.
The Gironde is the largest wine growing area in France and famous for its Bordeaux wine.
Image: Dominique Hessel

Today Bordeaux is best known as the center of a world-class wine region.
The city has a population of about 244,000 residents (in 2014), 850,000 people live in its metropolitan area. Spoken language is French.

Bordeaux is a university city, the original Université de Bordeaux was established in 1441. Today the University of Bordeaux is the third largest university in France (by the number of students).

) is a UNESCO World Heritage Site, described as: 'an inhabited historic city, an outstanding urban and architectural ensemble.' Large parts of the inner city have been almost completely renovated. Bordeaux is the city that has the highest number of preserved historical buildings in France, beside Paris. 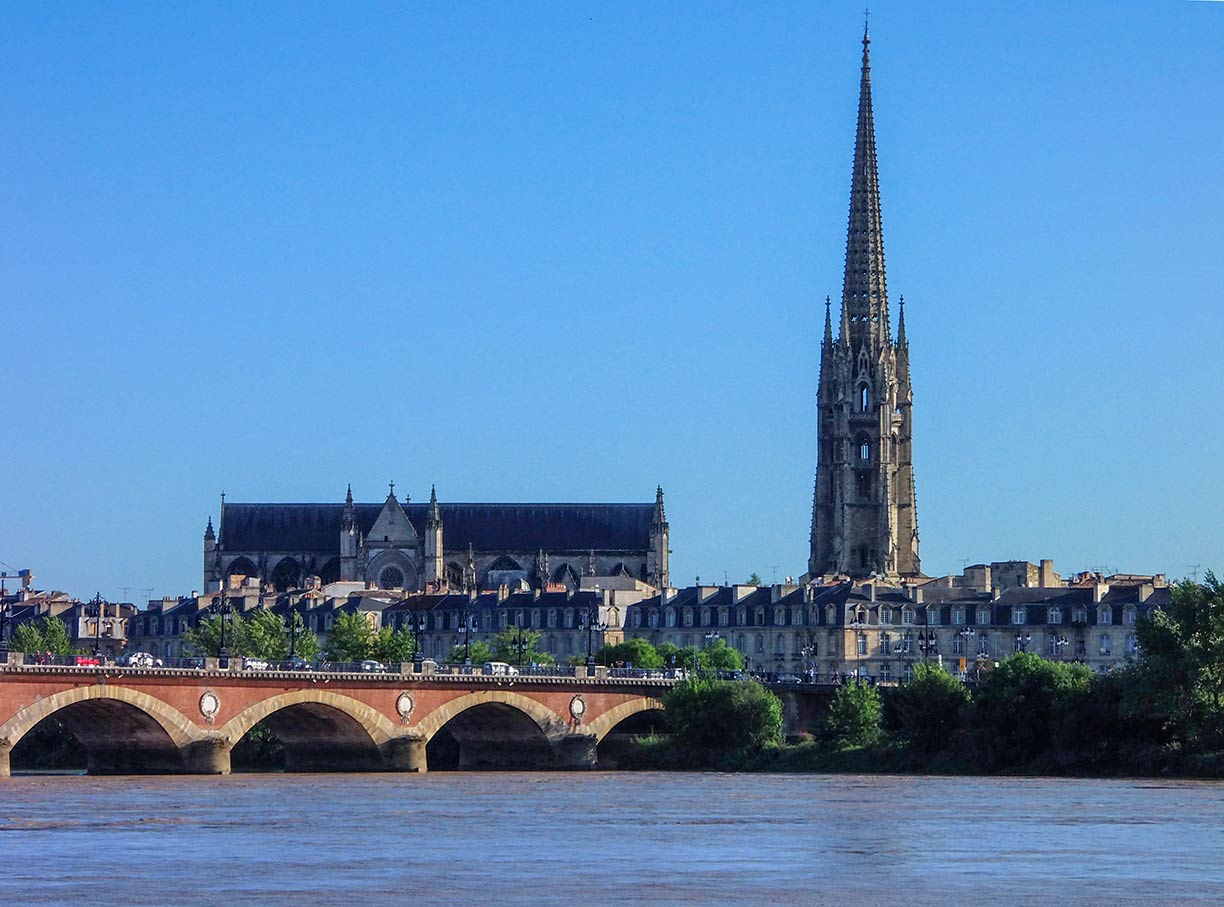 A section of the Pont-de-Pierre (bridge) over the Garonne river, the Basilica of St. Michael in the background.
Image: Nataloche

Place de la Bourse is royal square, inaugurated in 1749, with symmetrical palace-like buildings, the Palais de la Bourse and the Hôtel des Fermes (it houses the National Museum of Customs), and a central pavilion, the fountain of the "Three Graces" was added in 1869.

Museums:
Musée d'Aquitaine (www.musee-aquitaine-bordeaux.fr/en), the history of Bordeaux and Aquitaine on display.
Musée des Beaux-Arts de Bordeaux (www.musba-bordeaux.fr/) is one of the most extensive French art galleries outside Paris.

Churches:
Cathédrale Saint-André, a Gothic style Bordeaux Cathedral, consecrated 1096; nearby the Tour Pey Berland, a separate single bell tower,
Basilica of St. Michael is a Gothic basilica built between the end of the 14th and 16th century.
Church of the Holy Cross, an abbey church from the late 11th century.

Sports:
In 2016 Bordeaux was one of the host cities for the UEFA Euro 2016 football games. The venue of the event was the Matmut Atlantique stadium, also known as 'Nouveau Stade de Bordeaux,' the newly built football stadium in the city.

The map shows a city map of Bordeaux with expressways, main roads, and streets, and the location of Bordeaux–Mérignac Airport (IATA code: BOD) located west-northwest of the city center.

Map of Major airports in Europe