Satellite View and Map of the City of Toulouse, France

Capitole of Toulouse and Place du Capitole with the Occitan cross (cross of Languedoc) on the ground. The Capitole houses the municipal administration of the city.
Image: Benh LIEU SONG 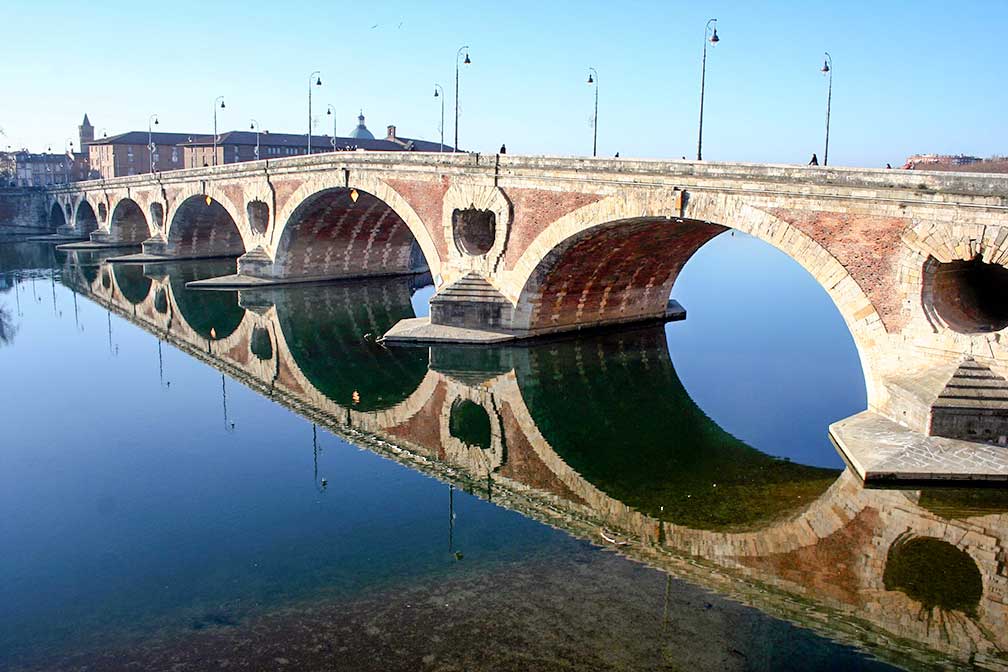 
The map view shows Toulouse a major city in southwestern

France. It is the capital of the Haute-Garonne department and the Midi-Pyrénées region, situated on the banks of the Garonne river, about 150 km (93 miles) from the Mediterranean Sea and 230 km (143 mi) from the Atlantic Ocean. The region has a humid subtropical climate with hot summers and cool winters.

Since ancient times the Garonne river was an essential means of transportation for the trade between the Pyrenees, the Mediterranean, and the coastal regions of the Atlantic Ocean. Rome occupied the area in the 2nd century BC and made the river port of Tolosa a military outpost. In the 5th century, Tolosa was conquered by the Visigoths and became in the early 6th-century the capital of the Visigothic kingdom. In the 8th-century it became the capital of the kingdom of Aquitaine (a traditional region of France) and was a center of artistic and literary activity for Languedoc (a historical part of France) in medieval Europe. 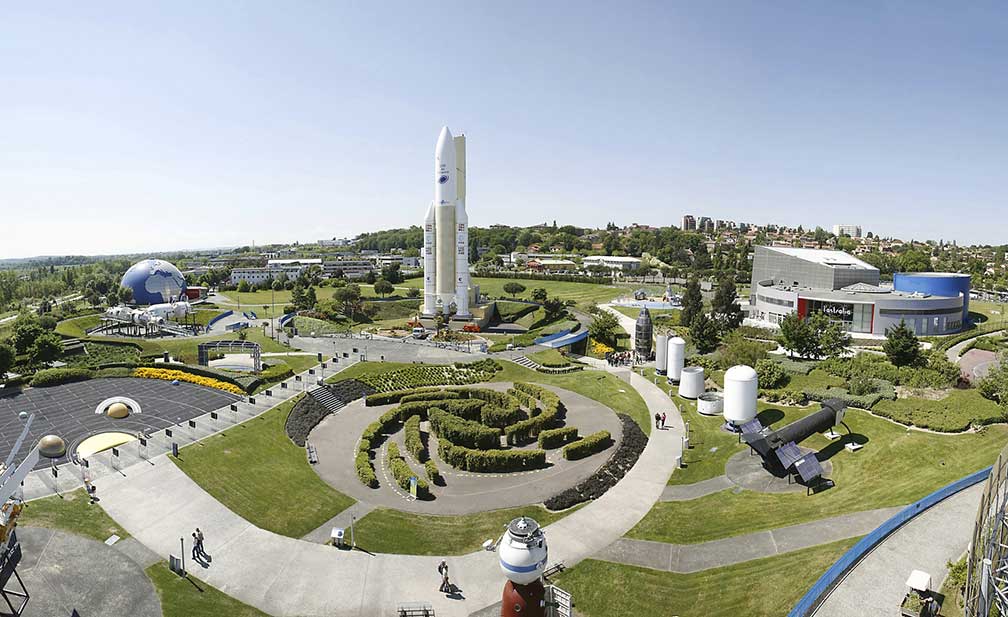 Toulouse is known as "La Ville Rose" (pink city) because of the pinkish terracotta bricks used in many of the city's buildings.
France's fourth largest city has a population of about 458,000 residents, 1.3 million people live in its urban area (aire urbaine). Spoken language is French, and some Occitan (Langue d'oc) is still in use.

The city was always an important transportation hub due to its connection to the Atlantic Ocean and the Mediterranean Sea by the Canal du Midi, but in the last decades, Toulouse evolved from a provincial capital to a center for education, business and high-tech industry. The city is home to the scientific Toulouse Space Center of CNES (the French Space Agency) and aerospace companies like Astrium, Spot Image and CLS-Argos Interspace.

Toulouse is also a key hub for Airbus. The company employs more than 21,000 people at its sites in the Toulouse area; this is about one-third of its total workforce. Airbus SAS has its headquarters near Toulouse–Blagnac Airport in Blagnac, a suburb of Toulouse. 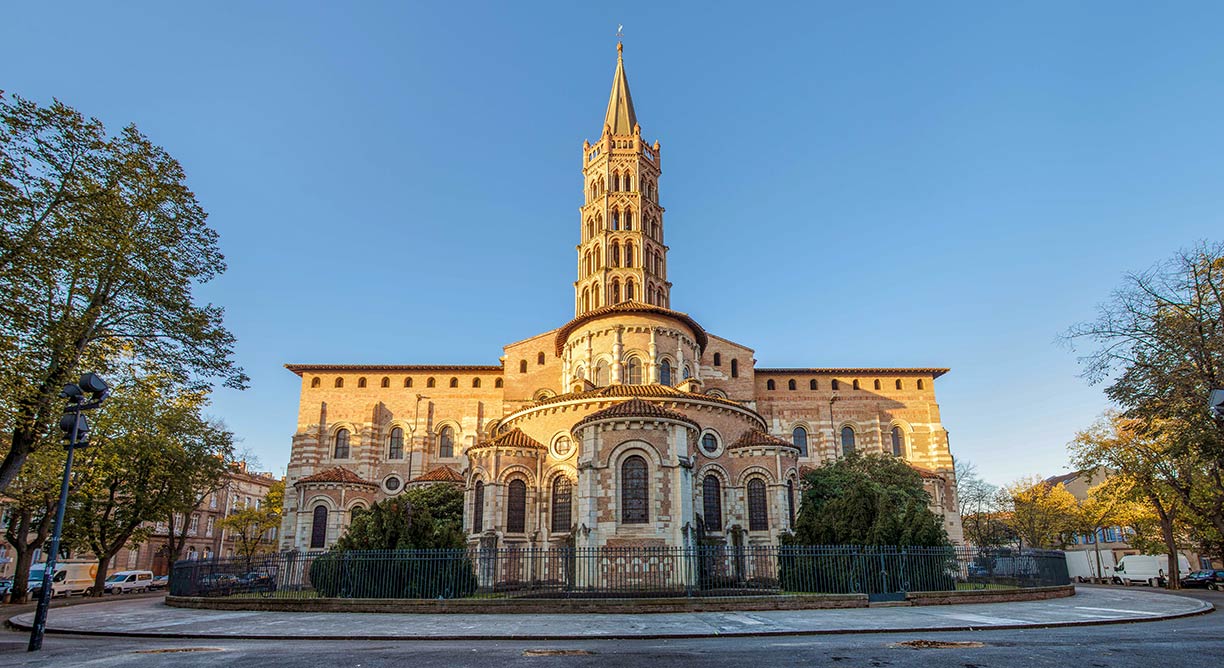 Musée des Augustins (www.augustins.org) is the fine arts museum of the city of Toulouse.

Muséum de Toulouse (www.museum.toulouse.fr) MHNT - the city's natural history museum is 'a museum at the crossroads of science, culture, education, and societal issues.'

Churches:
Basilica of St. Sernin, the Romanesque former abbey church was consecrated in 1180; it is a UNESCO World Heritage Site: Routes of Santiago de Compostela in France

Toulouse Cathedral is a 13th-century Gothic-Romanesque cathedral and a national monument of France.

Transport:
Pont Neuf, the "New Bridge" is an old bridge, constructed in the 16th-century over the Garonne River.
Canal du Midi is a canal initially constructed from Toulouse to the Mediterranean Sea and named the Canal royal en Languedoc. The waterway was opened in 1681. The Canal du Midi

is a UNESCO World Heritage Site.
Cité de l'espace (www.cite-espace.com) is a Space Museum focused on the universe and the conquest of space.

In 2016 Toulouse was one of the host cities for the UEFA Euro 2016 football games, the venue of the event was the Stadium Municipal, the largest multi-purpose stadium in the city.

The map shows a city map of Toulouse with expressways, main roads, and streets, and the location of Toulouse–Blagnac Airport (IATA code: TLS) located west-northwest of the city center.