Satellite View and Map of the City of Maputo, Mozambique

A view of Maputo from the ferry to Katembe.
Image: AP1MZ

The satellite view and the map shows Maputo, the chief port, largest city and the national capital of

Mozambique.
Maputo is located about 80 km by road to the east of the border triangle of South Africa, Swaziland, and Mozambique. The city lies at the mouth of the Tembe River on the west side of Maputo Bay (Baía de Maputo), a bay of the Indian Ocean in Southeast Africa. 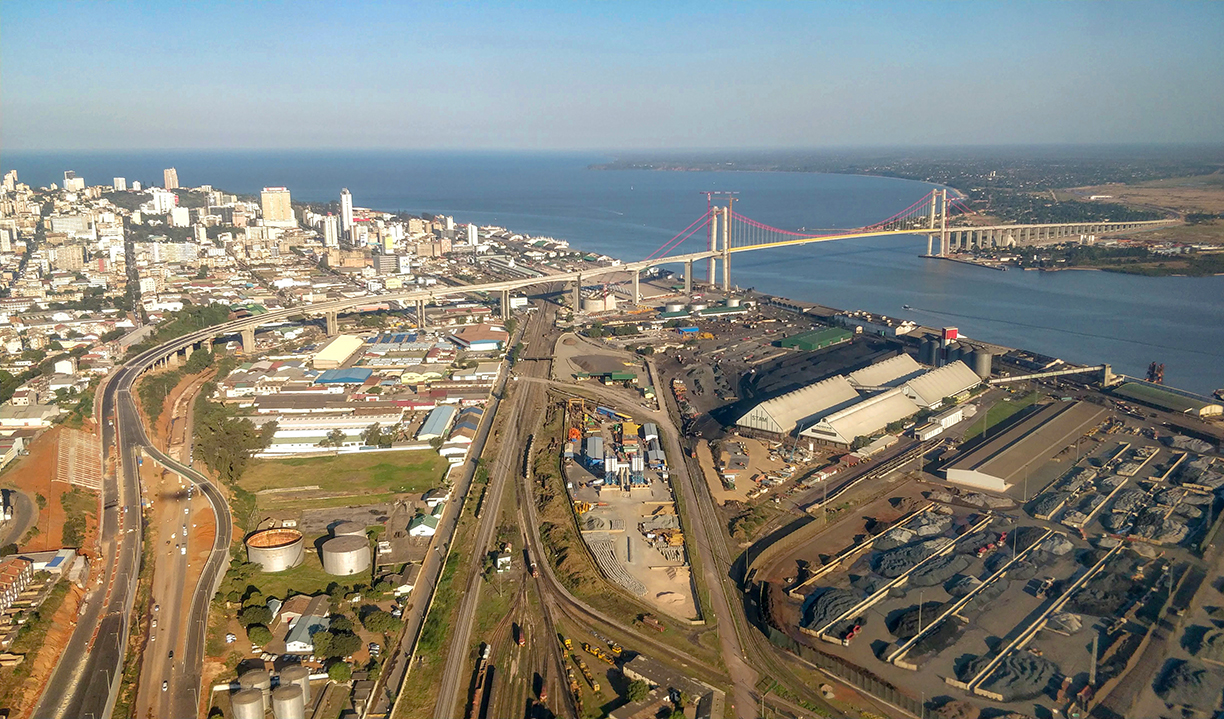 Aerial view of the Maputo–Katembe bridge from the northern shore. The longest suspension bridge in Africa connects the cities of Maputo and Katembe.
Image: Jcornelius

The Portuguese built a fortress at the site of present-day Maputo in the late 18th century. The fort and the surrounding settlement was known as Lourenço Marques.

In 1898, the Portuguese colony of Mozambique (Portuguese East Africa) relocated its capital from the Island of Mozambique to Lourenço Marques. Until 1975 the city was known by that name. After Mozambique's independence from Portugal in 1975, the city was first renamed Cam Phumo, its pre-colonial name, and then Maputo in 1976.

Today, Maputo is an African cosmopolitan metropolis. Together with its suburb Matola, it forms Metropolitan Maputo, a city with a population of 2.5 million people. Spoken languages are Portuguese, (official) and various Bantu languages, but also Arabic, Indian, and Chinese.