Satellite View and Map of the City of Sofia (София), Bulgaria

View of Sofia seen from from the National Palace of Culture.
Image: Sami C 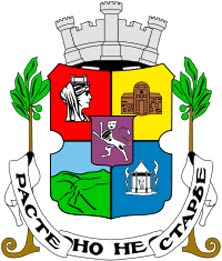 The map and satellite view shows Sofia. The largest city and the national capital of

Bulgaria is located in the center of the Balkan Peninsula, in western Bulgaria. Mount Vitosha, the 2,292 m tall mountain south of the city, is a symbol of the capital and is depicted on the city's coat of arms.

Sofia is one of the oldest European cities with a history of more than 7000 years. Two thousand years ago the settlement was known as Ulpia Serdica. Around 29 B.C., the town was conquered by the Romans. During the reign of Emperor Trajan (98-117) the locality became a municipium, the second-highest rank of a Roman city. Ulpia Serdica was expanded by the Romans who built protective walls with defense towers, public baths, administrative and religious buildings, a civic basilica and a large amphitheater called Bouleutherion. In medieval times the city was known as Sredets, Sredets is now a district in the center of the capital. 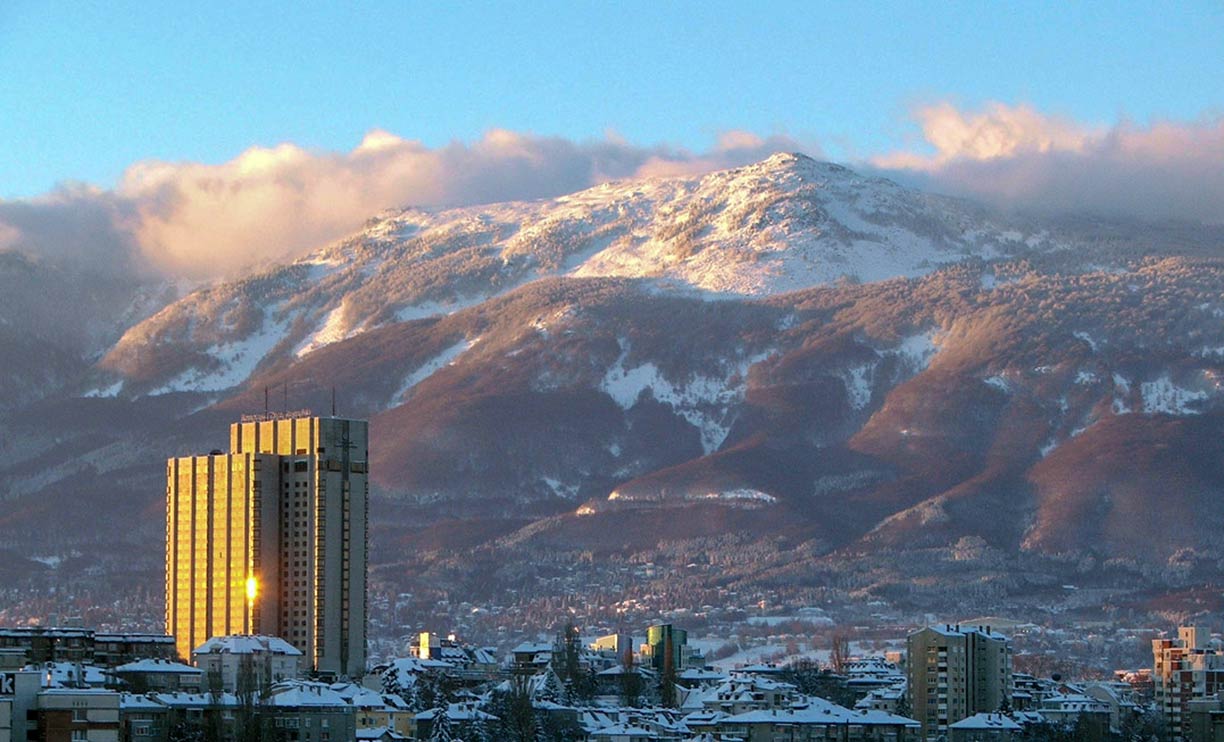 The skyline of Sofia with Mount Vitosha in the background.
Photo: podoboq
Today the city has a population of 1.3 million inhabitants (in 2018). Spoken language is Bulgarian which is closely related to Russian. Bulgarian is also written in Cyrillic.

Sofia is the administrative, cultural, economic, and educational center of the country. Many of the major universities, like the Sofia University (www.uni-sofia.bg), cultural institutions and commercial companies of Bulgaria are located in the city.

Museums:
National Historical Museum (historymuseum.org) Bulgaria's largest museum is home to a variety of collections and thousands of objects of Bulgaria's cultural heritage. 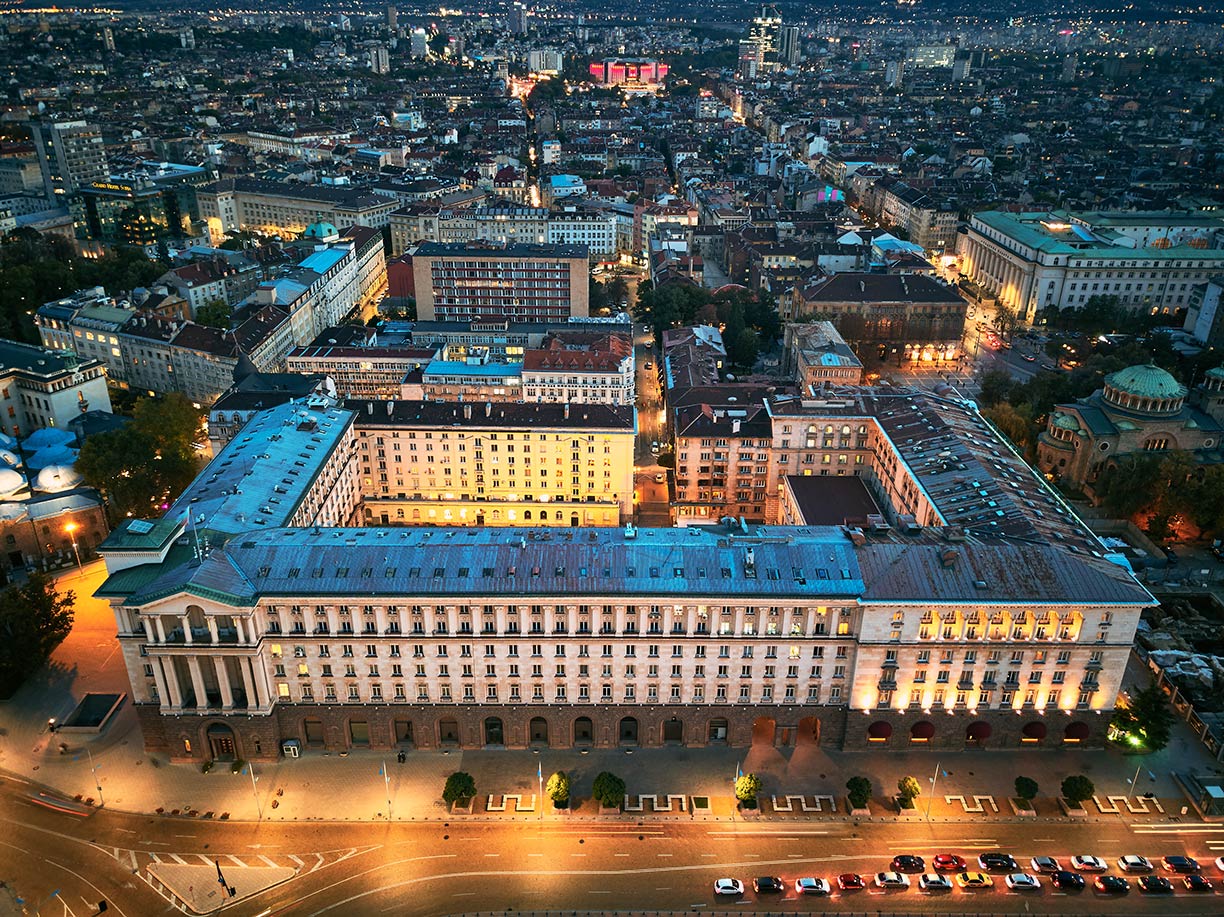 The Independence Square in Sofia with Ministry of Education (left part), the Sofia Hotel Balkan (right corner), and the Cathedral Church Sveta Nedelya (to the right).
Photo: Deensel
The National Art Gallery (nationalgallery.bg) offers over 50,000 pieces of Bulgarian art on display, among them a collection of Bulgarian Christian art from the 4th to the 19th-century.

The Earth and Man National Museum (www.earthandman.org) is one of the largest mineralogical museums in the world.

Shopping:
Vitosha Boulevard the usual accumulation of posh stores, fashion labels and designer outlets, restaurants, and bars as you may find in every big city.
Sofia Market Hall (Tsentralni hali), is an indoor market on Marie Louise Boulevard between the Banya mosque and the synagogue in the center of Sofia.
Paradise Center, the largest mall in the Balkans is located in the Hladilnika neighborhood near the South Park.

Churches:
There are about 60 Christian churches in the city, one mosque, and a synagogue.
Saint Sofia is a Byzantine style church from the 6th century; the church gave its name to the city.
Boyana Church

is a medieval Bulgarian Orthodox church from the early 11th century and a UNESCO World Heritage Site.
St Nedelya Church, the Cathedral Sveta Nedelya is an Eastern Orthodox church of the Sofia bishopric of the Bulgarian Patriarchate.
The Church of St. George is a small church from the Early Christian period and considered the oldest building in Sofia, built by the Romans in the 4th century.
Sofia Synagogue, the Orthodox Judaism house of prayer is the largest synagogue in Southeastern Europe.
Alexander Nevsky Cathedral, the Bulgarian Orthodox basilica, clearly recognizable by its distinctive Neo-Byzantine style appearance, it serves as the cathedral church of the Patriarch of Bulgaria.
Banya Bashi Mosque is the only still functioning mosque in Sofia.

The map shows a city map of Sofia with expressways, main roads, and streets, and the location of Sofia’s Vrazhdebna Airport (IATA code: SOF), located about 8.5 km (5.3 mi) by road, east of the city.