Yemen is a country on the south-eastern tip of the Arabian Peninsula, bordered in the north by Saudi Arabia in the east by Oman, in the west by the Red Sea and the Bab-el-Mandeb, the strait that is connecting the Red Sea and the Gulf of Aden. Yemen shares maritime borders with Djibouti, Eritrea, and Somalia.

With an area of 527,970 km² (including the islands of Perim and Socotra), the country is about the size of Sweden or about twice the size of Wyoming.

The map shows some of the major geographic features of Yemen: the Empty Quarter desert (Ar Rub' al Khali) in the north, one of the largest sand deserts in the world, encompassing most of the southern third of the Arabian Peninsula.

Ramlat al-Sab`atayn is a desert region in central Yemen and the location of several ancient South Arabian cities like Kaminahu, Haram, and Qarnawu.

Ramlat Dahm is a desert region in the northwest with elevations between 800 m and 1,000 m, part of the "Empty Quarter."

The Tihamah is a relatively narrow semidesert coastal plain along the Red Sea. The Tihamah is part of the coastal fog desert ecoregion, an ecosystem which stretches along the western and eastern coasts of Arabia.

Yemen's interior is dominated by mountains ranging from a few hundred meters up to the country’s highest point, Jabal an Nabi Shu'ayb (3,666 m; 12,028 ft) near Sana'a, the country's capital.

The Western Highlands with relatively fertile soil and sufficient rainfall support the cultivation of coffee, cereals like sorghum, and even tropical fruits.

The Central Highland is a plateau with elevations of about 2,000-3,200 meters, with rolling hills, small mountains, and some peaks. The central highlands are drier than the western highlands because of rain-shadow influences but still receives sufficient rain in wet years for farming.

The Mahra mountains (Jabal Mahra, up to an elevation of 1300 m) are a mountainous region in central southeast. 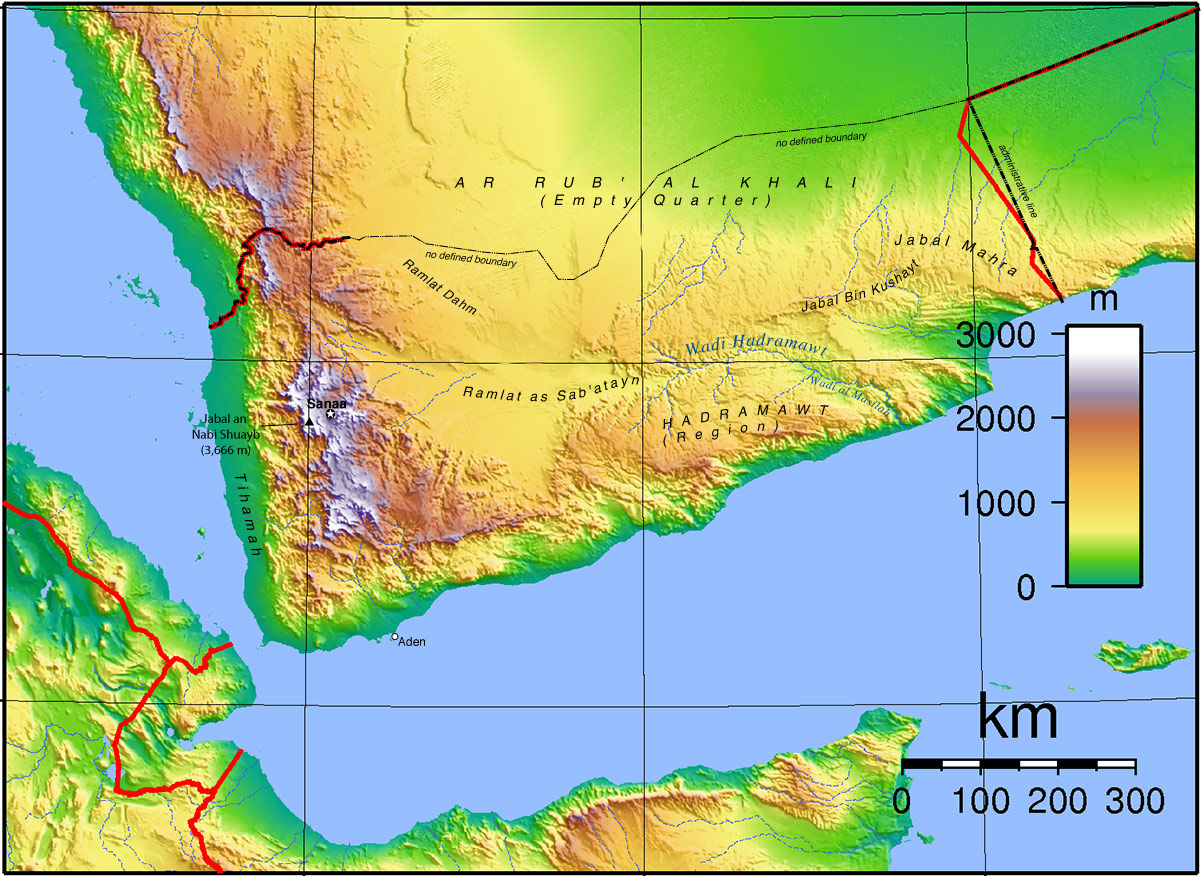 The map shows the Topography of Yemen. Depicted on the map are neighboring countries with international borders, the location of the national capital Sana'a, and major geographical features. 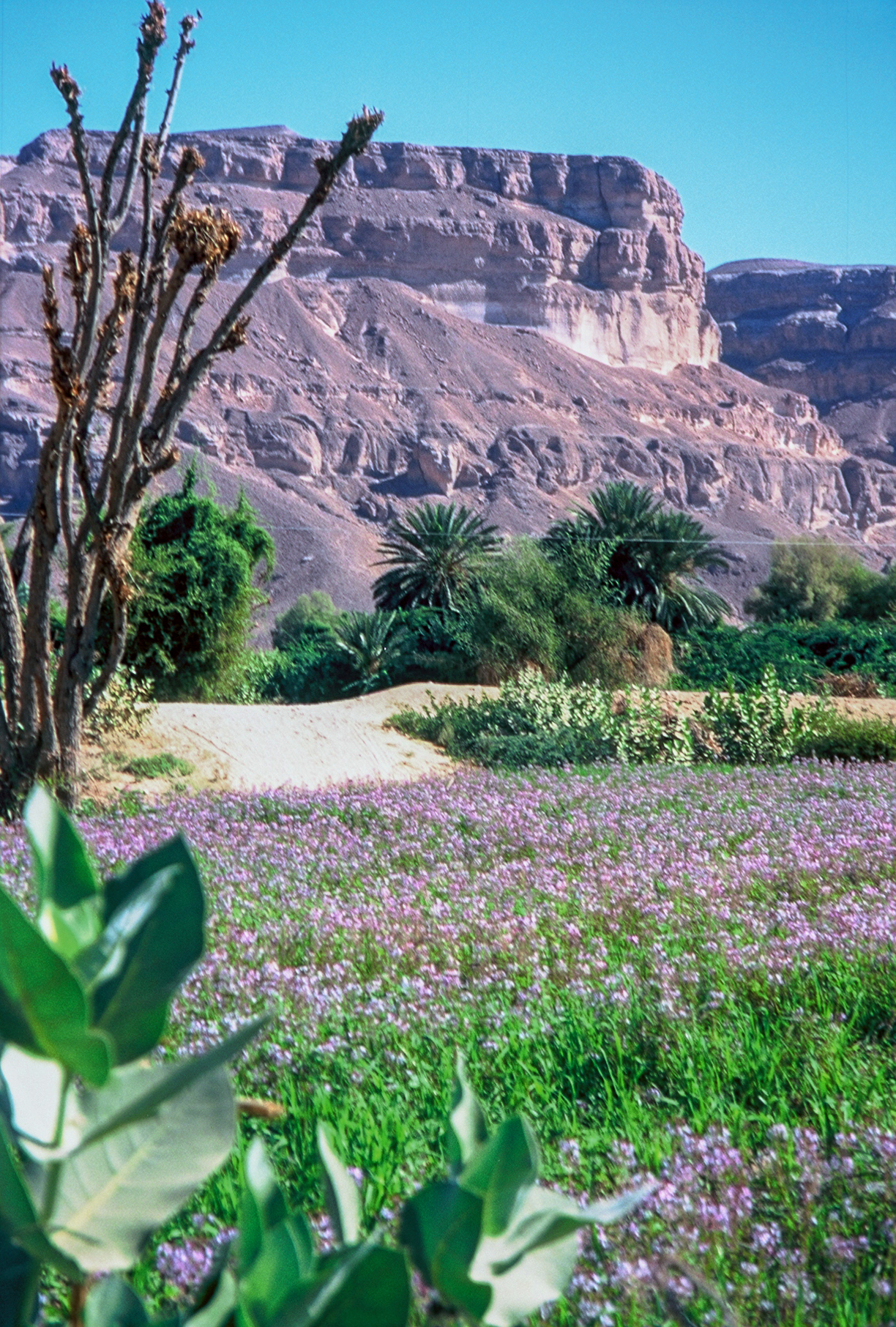 Yemen has no permanent rivers. The highland regions are interspersed with wadis, or river valleys, which run dry in the summer months.

Notable is the Wadi Hadhramaut (Hadramawt) in southern central Yemen, the upper parts of which contain alluvial soil and floodwaters and the lower part of which is barren and mostly uninhabited.