The map shows Sri Lanka, an independent island state, consisting of a main island and some small islands. The island nation is located 30 km (19 mi) southeast of the southern coast of India in the Indian Ocean, between the Laccadive Sea in the west and the Bay of Bengal in the east.

In 1948, British Ceylon was granted independence. In 1972 the island became a republic within the Commonwealth, and its name was changed to Sri Lanka. The country shares maritime borders with the Maldives and India.

With an area of 65,610 km² Sri Lanka is somewhat larger than twice the size of Belgium or slightly larger than the U.S. state West Virginia.

Sri Lanka's landscape is mostly low with flat to rolling coastal plains. In the south-central interior of the island is a mountainous region. There is the country's highest mountain Pidurutalagala, (Mount Pedro) at 2,524 m.

The island has a tropical climate moderated by ocean winds.

Sri Lanka has a population of 21.7 million people (in 2019). The official capital is Sri Jayawardenepura Kotte; the largest city and administrative capital is Colombo. Spoken languages are Sinhala (official and national language) 74%, Tamil (national language) 18%, other 8%. About 10% of the population speak English as a second language. 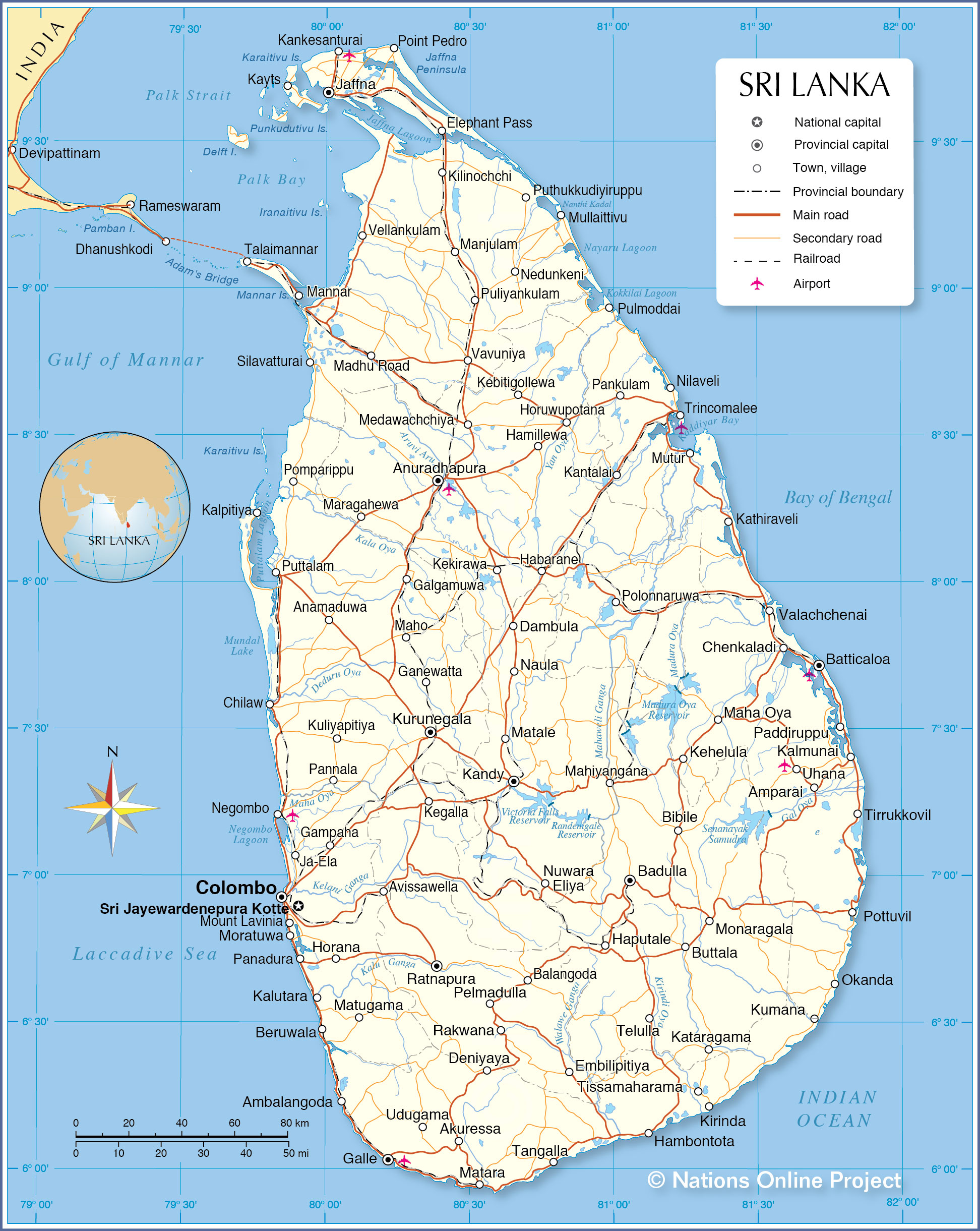 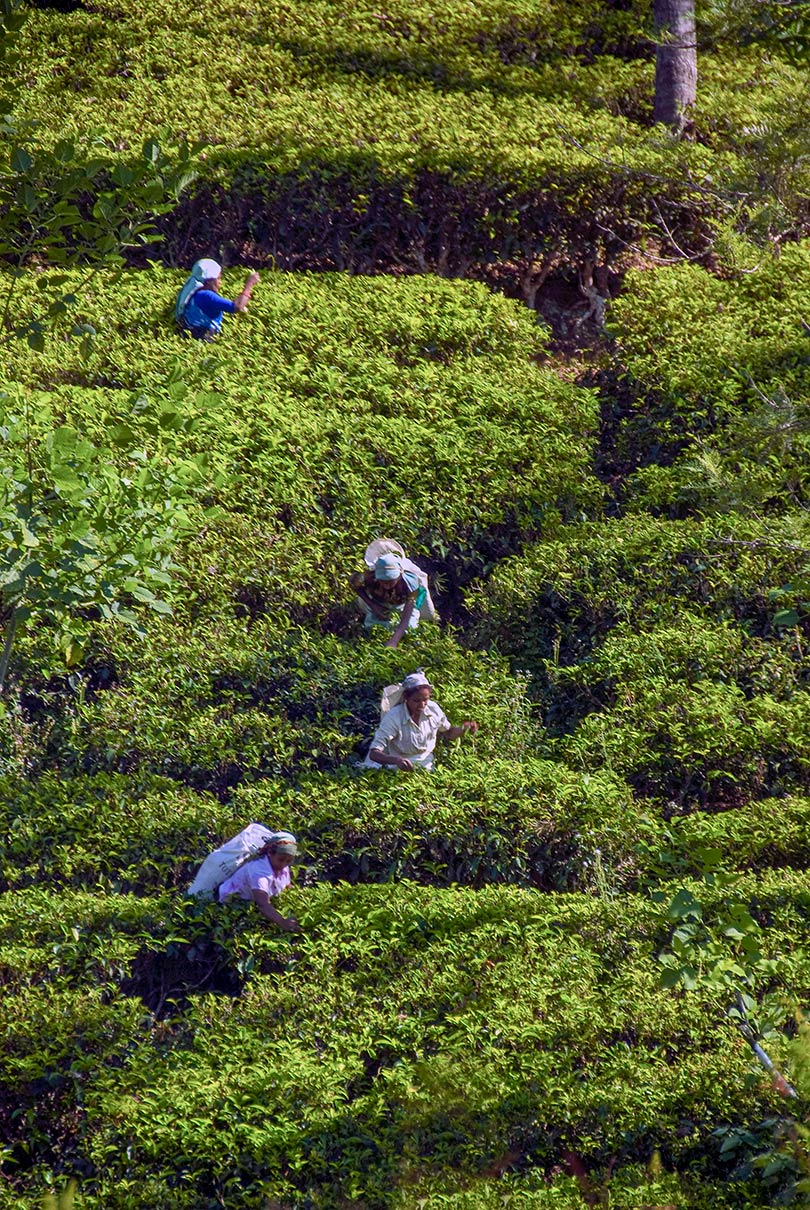 Tea plantation near Kandy in Sri Lanka.
Photo: Mal B

Cities and towns in Sri Lanka

Satellite View and Map of Colombo