Satellite View and Map of the City of Jakarta, Indonesia

The satellite view shows Jakarta (also DKI Jakarta) situated on the northwest corner of the island of Java bordering the Java Sea. It is the country's largest city and the capital of

Indonesia in Maritime Southeast Asia, south of the South China Sea and the Java Sea. 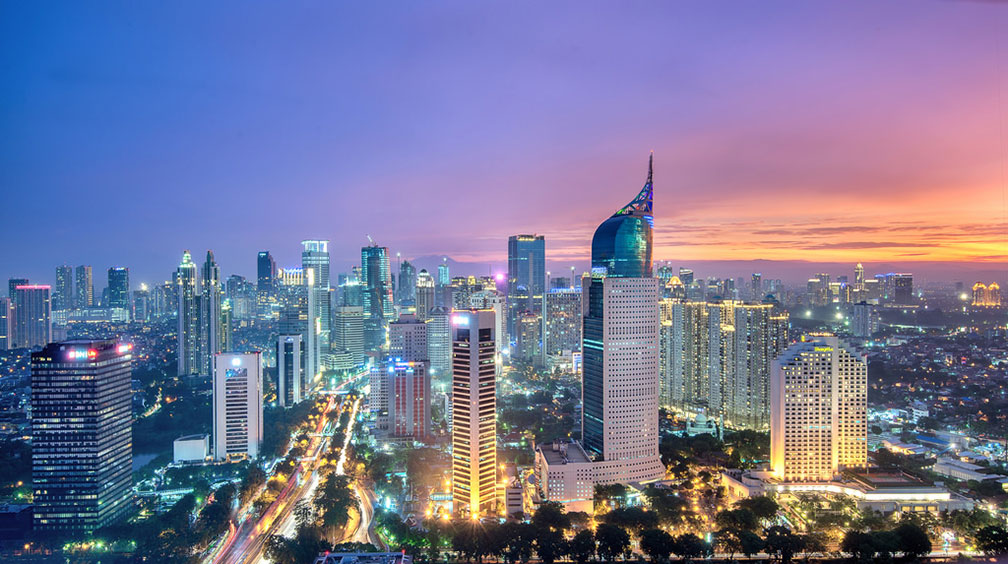 Jakarta's skyline seen from the Bundaran with Wisma 46 (The Fountain Pen) and Jenderal Sudirman road on the left.
Image: Ecal saputra

Jakarta's former name was Batavia (until 1949) when it was de facto the capital of the Dutch East Indies, the former Dutch colony.

The city is the political and financial center of the island nation.
Today Indonesia's version of a metropolis has a population of about 10 million people, making it one of the most populous cities in Southeast Asia.

Jakarta's metropolitan area, known as Greater Jakarta or Jabodetabek (short for Jakarta + Bogor + Depok + Tangerang + Bekasi cities) is among the largest urban agglomerations on the planet, with a population of 31 million people.

The official language is Indonesian (Bahasa Indonesia), the language spoken on the island of Java is Javanese. But Greater Jakarta is a melting pot, an immigration magnet and home to people from all over Indonesia and Southeast Asia, with significant numbers of people speaking Sundanese, Javanese, Betawi as well as Batak languages. 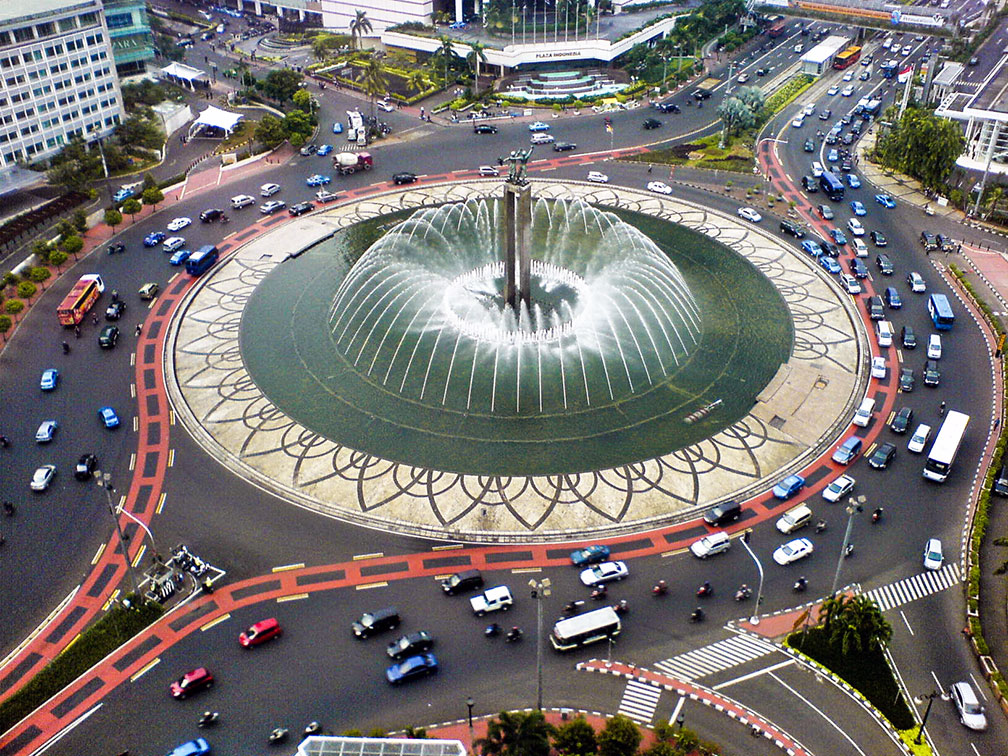 
When in Jakarta you might want to visit Istiqlal Mosque, the largest mosque in Southeast Asia.

The National Monument (Monas) in Central Jakarta, the shape of the monument symbolizes a lingam (phallus or masculinity) and yoni (femininity).

National Museum of Indonesia (www.museumnasional.or.id) showcases the arts and cultures of Indonesia.

Jakarta History Museum is a history museum at Fatahillah Square in the former Stadhuis (city hall) of Batavia.


Just zoom in (+) to see Monumen Nasional, the National Monument tower, a 132 m (433 ft) tall tower on Lapangan Merdeka (Freedom Square) in Central Jakarta. Around Merdeka square is the city's special capital region, with its government and administrative buildings. Just north of Merdeka square is Jakarta Presidential Palace Complex and Istana Negara, the State Palace. To the south of Merdeka is the United Nations Information Center, and further south the Sarinah shopping mall.

The Map shows a city map of Jakarta with expressways, main roads, and streets, as well as the location of Soekarno-Hatta International (IATA Code: CGK) situated in the west, and Halim Perdanakusuma Airport (IATA Code: HLP) Jakarta’s former main airport.

Other major Indonesian cities: Bandung, Medan, Surabaya.
To find a location use the form below.