Satellite View and Map of the City of Vienna (Wien), Austria

The satellite view shows Vienna (in German: Wien) at the Danube river, by far the largest city and the national capital of

Austria. The city is located in the northeastern part of the country and is close to Slovakia, the Czech Republic, and Hungary. 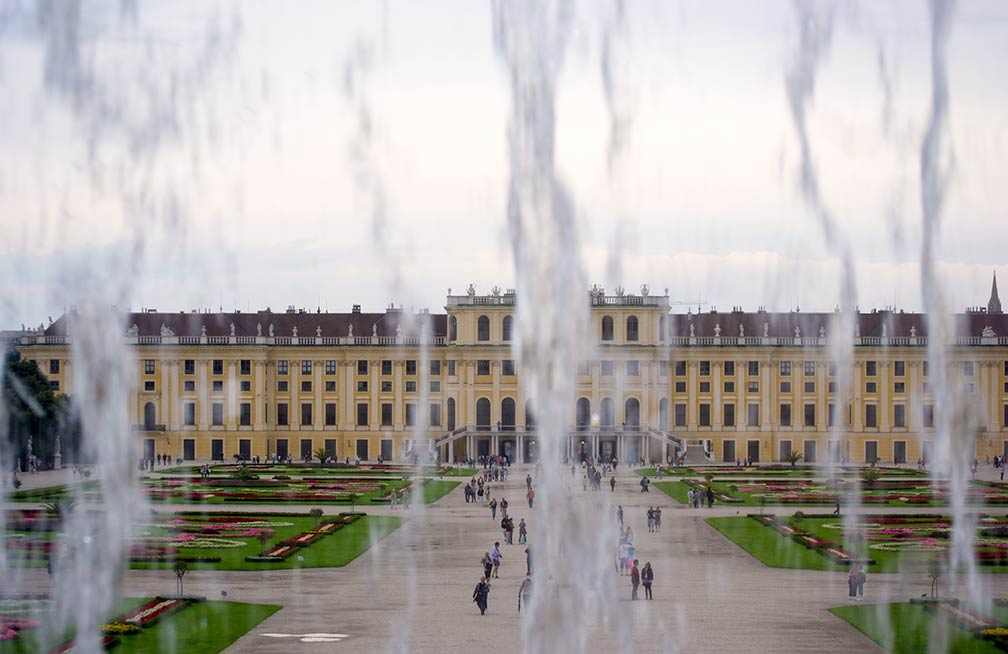 Schönbrunn (literally: "Beautiful Spring") in Vienna seen through the waters of the Neptune Fountain. The Baroque palace is the former imperial summer residence for Austria's Emperors.
Image © kk nationsonline.org


Vienna developed from early Celtic and Roman settlements into a Medieval and Baroque city. From 1278 to 1918 it was the seat of the Habsburgs, and it was until 1918 one of the two capitals of the Austro-Hungarian Empire (the other was Budapest). The Historic center of Vienna

Austria's primate city is the economic and political center of the "Alpenrepublik" (Austria, the alps republic), and has long been a center of the arts, particularly for music. Mozart, Beethoven, Haydn, and the Strauss family were among the composers who lived and worked in the city.

Vienna is the seat of the Austrian Parliament and is home to the Hofburg Palace which is the official residence and workplace of the President of Austria.

The city has a population of about 1.5 million inhabitants (2.2 million live within the metropolitan area). Spoken languages are the Austrian variant of German and the local dialect the Viennese German, a variety of Austro-Bavarian.

The map shows a city map of Vienna with expressways, main roads, and streets, zoom out to find Vienna International Airport (in German: Flughafen Wien, IATA Code: VIE) located 18 km (11 mi) by road (via A4) southeast of central Vienna.