Satellite View and Map of the City of Wiesbaden, Germany 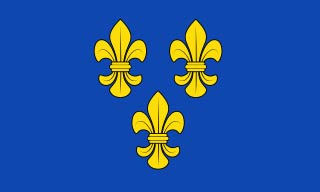 The satellite and map view shows Wiesbaden, the capital (in German: Landeshauptstadt) of the German Federal State of Hesse (Hessen). The city is located in southwestern

Germany on the right bank of the Rhine River across the city of Mainz, the capital of the federal state of Rhineland-Palatinate. Frankfurt (Main), the largest city of Hesse lies about 40 km to the east.

The city is the seat of the government of Hesse (Hessischer Landtag). At the end of November 2018, around 291,000 people lived in Hesse's second largest city. Wiesbaden is part of the Frankfurt/Rhine-Main Metropolitan Region, with a population of almost 6 million people.
Wiesbaden is known as one of the oldest spa towns in Europe.

Just zoom in to see Wiesbaden Schloßplatz the city center in the Old Town.

Satellite view of Brandenburg Gate and other landmarks of Berlin