Satellite View and Map of the City of Schwerin, Germany 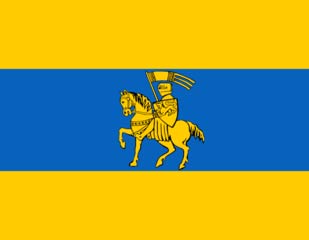 The satellite and map view shows Schwerin, the capital of the northeastern German Federal State of

The city is located at Schweriner See (Lake Schwerin) in northern

Germany about 100 km east of Hamburg and about 40 km inland south of the Baltic Sea. The second-largest city of Mecklenburg-Vorpommern has a population of almost 100,000 inhabitants.

Zoom in to see Schwerin Castle (Schloß Schwerin), the former residence of the Dukes of Mecklenburg(-Schwerin) today the seat of the state parliament (Landtag).

Zoom out to see the location of Schwerin-Parchim International Airport (IATA code: SZW). The airport served the Schwerin region for some time, but since the end of 2018 there has been no air traffic for passengers. Schwerin-Parchim Airport was sold to a Chinese investor for 30 million euros in 2007.

Satellite view of Brandenburg Gate and other landmarks of Berlin