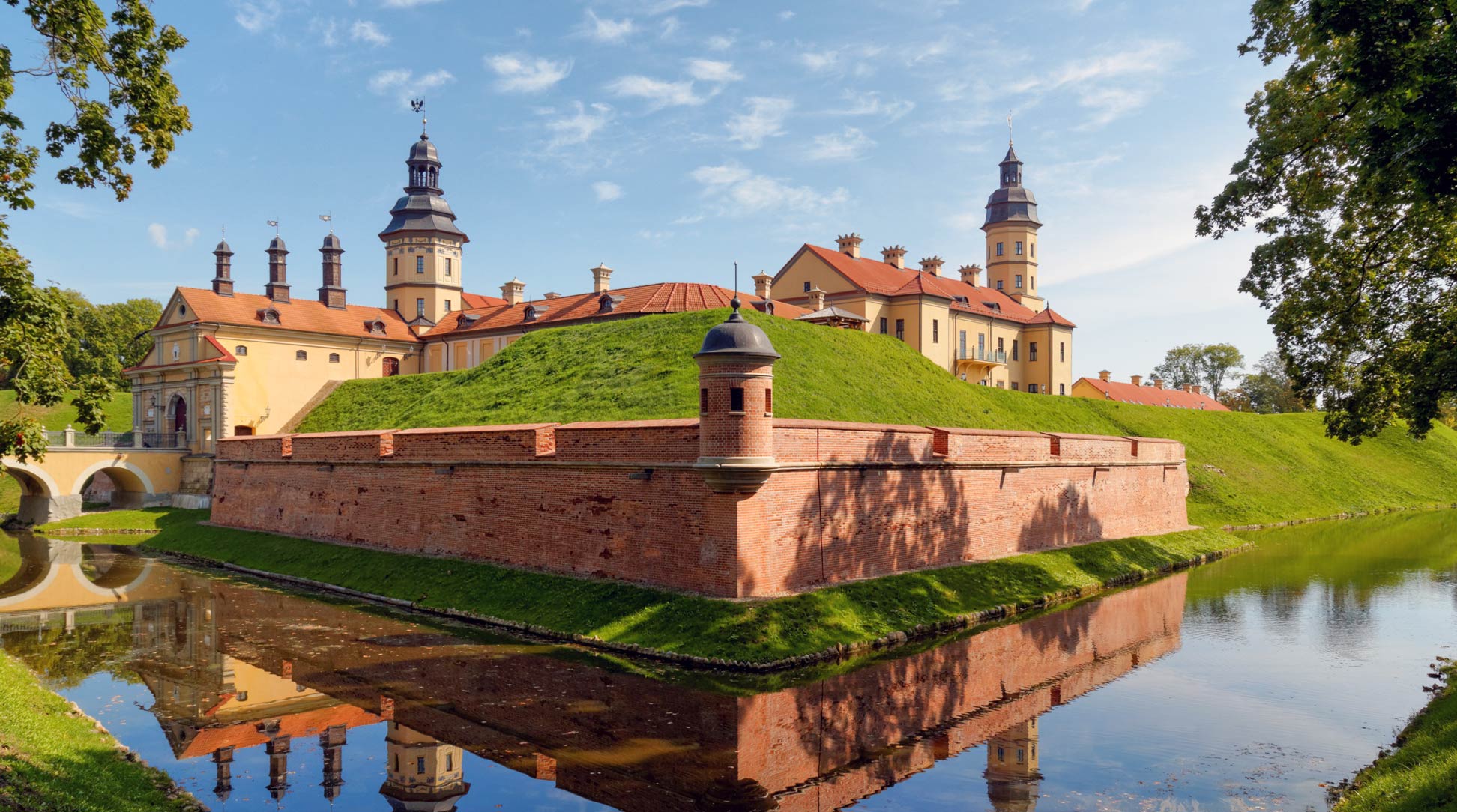 Nesvizh Castle in Nyasvizh, Minsk Province of Belarus, is the residential castle of the Radziwiłł, a Polish-Lithuanian noble family. The Palace Ensemble of Radziwiłłs is a UNESCO World Heritage Site since 2005.
Image: Alexxx1979

With an area of 208,000 km² Belarus is the largest landlocked country situated entirely in Europe. It is somewhat smaller than the island of Great Britain (229,848 km²), or slightly smaller than the U.S. state of Kansas. 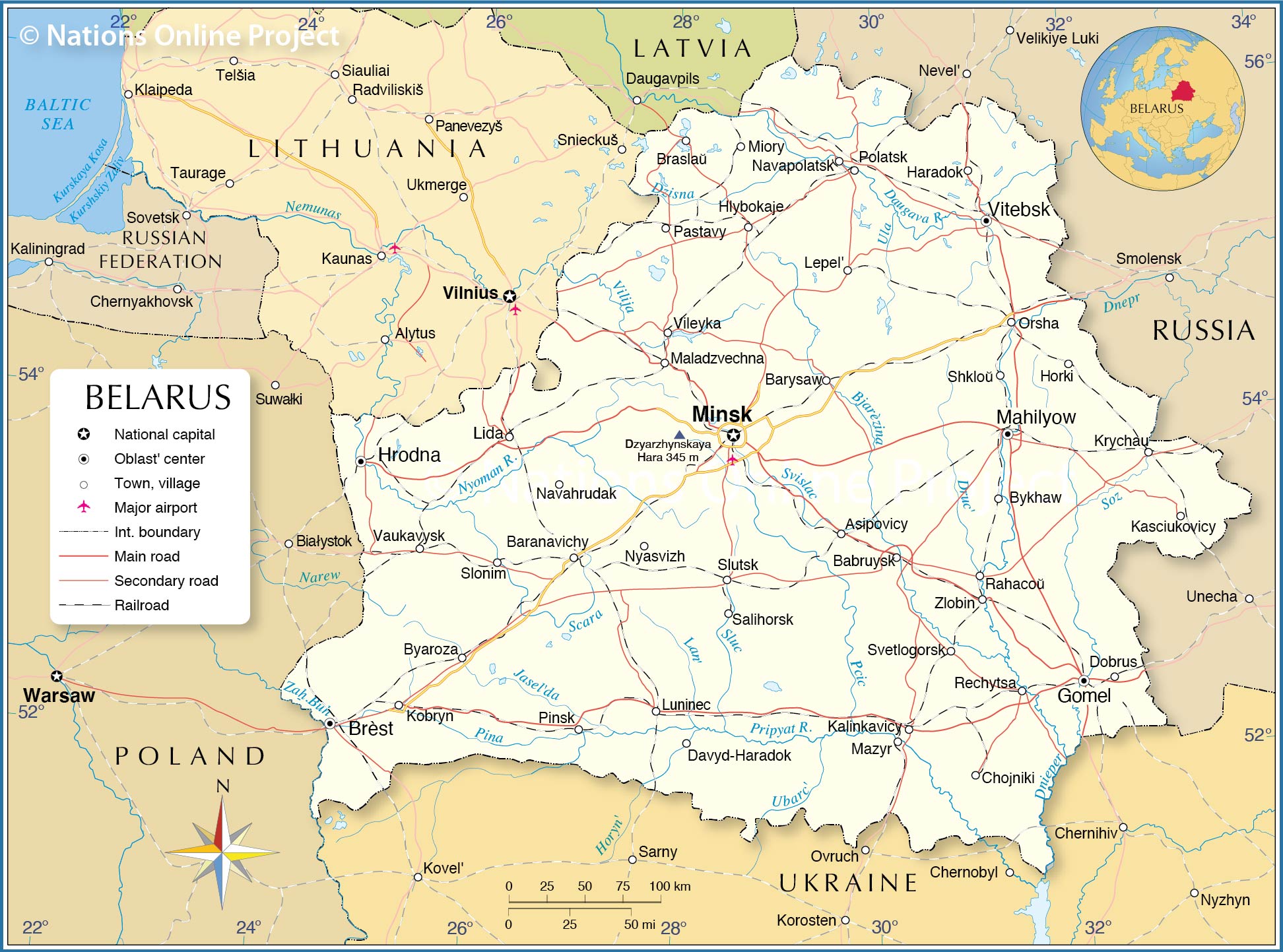 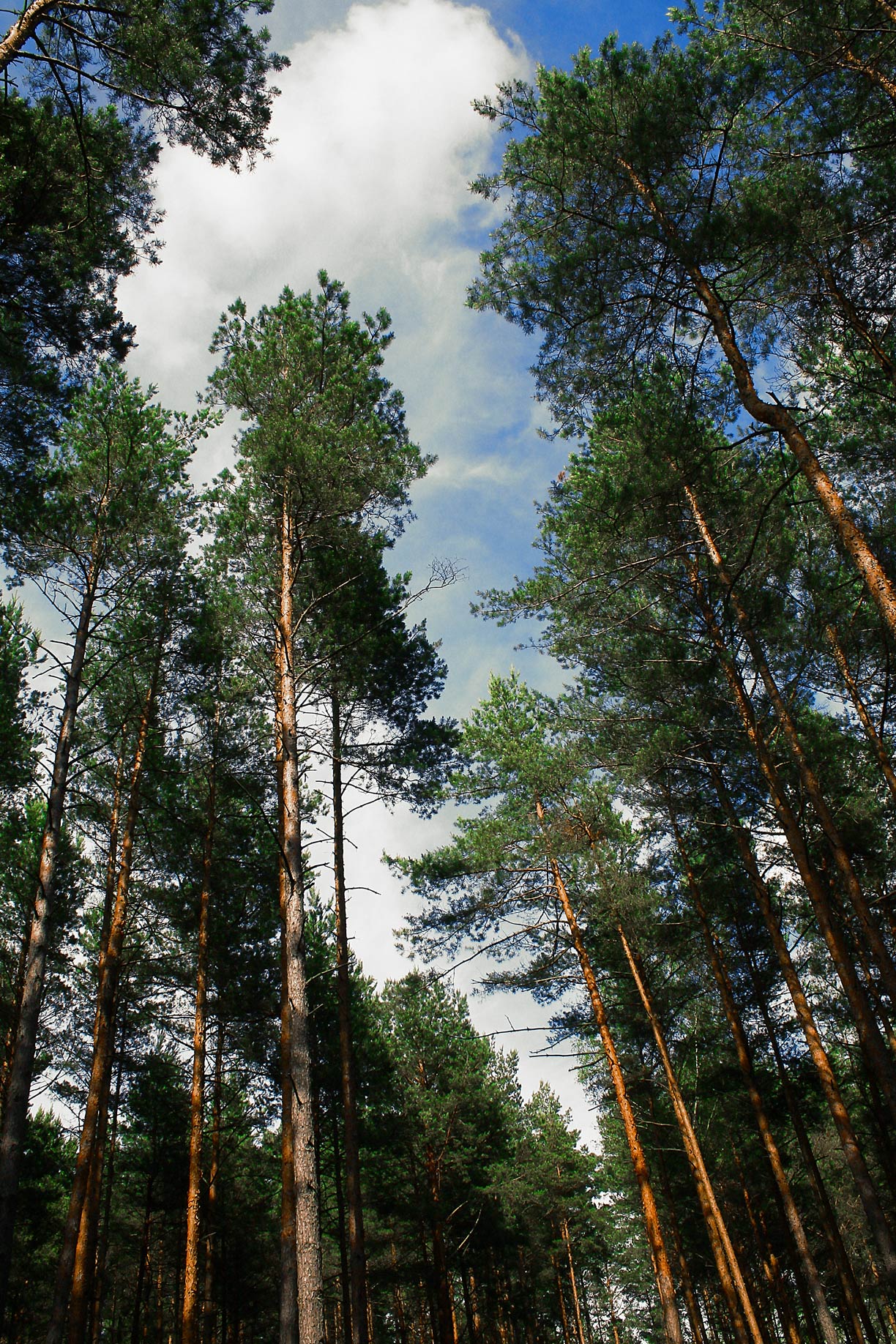 Belarus Forest; about 40% of Belarus is forested.
Photo: Anten Autist

Belarus is an Eastern European landlocked state. With the dissolution of the Soviet Union in 1991, the Belarusian Soviet Socialist Republic became independent.


Population
Belarus has a population of 9.4 million people (in 2020). The capital and largest city is Minsk.
Spoken languages are Belarusian (official) 24%, and Russian (official) 70%.


Geography
Belarus lies in the Eastern European Plain and is crossed in the northwest by terminal moraines, chains of low, rolling hills known as the Belarusian Ridge.

Rivers
Many wide, natural rivers characterize the landscape of the country. The biggest rivers in Belarus are Dnepr, Bjaresina, Pripyat, and Memel.

In the south of Belarus are the Pinsk Marshes, a vast natural region of wetlands along the forested basin of the Pripyat River and its tributaries. About 40% of the country is forested.

Highest Point
The highest elevation is the Dzyarzhynskaya Hara (345 m) in the Belarusian Ridge.

Cities and Towns in Belarus:

The map shows the location of the following Belarusian cities: