The map shows Moldova, a country in Eastern Europe in a region formerly known as Bessarabia. Moldova borders Romania in the west and Ukraine in the north and east. Most of the Moldavian landscape consists of a hilly plateau crossed by numerous streams and rivers. The region is part of the larger Moldavian Plateau in the southwestern part of the East European Plain.

Moldova's landscape can be described as rolling steppe with a gradual slope in the south towards the Black Sea. The highest elevation in the country is a hill named Bălănești with an altitude of 430 m.

In 2005, Ukraine and Moldova concluded an agreement that secured Moldova's access to the Black Sea and ended its status as a landlocked country. The port of Giurgiulești on the Danube is the Moldovan port for sea vessels.

With an area of 33,850 km², Moldova is somewhat larger than Belgium or slightly larger than the U.S. state of Maryland.

The official languages is Moldovan (same as Romanian), recognized regional languages are Ukrainian, Russian, and Gagauz (a Turkic language). 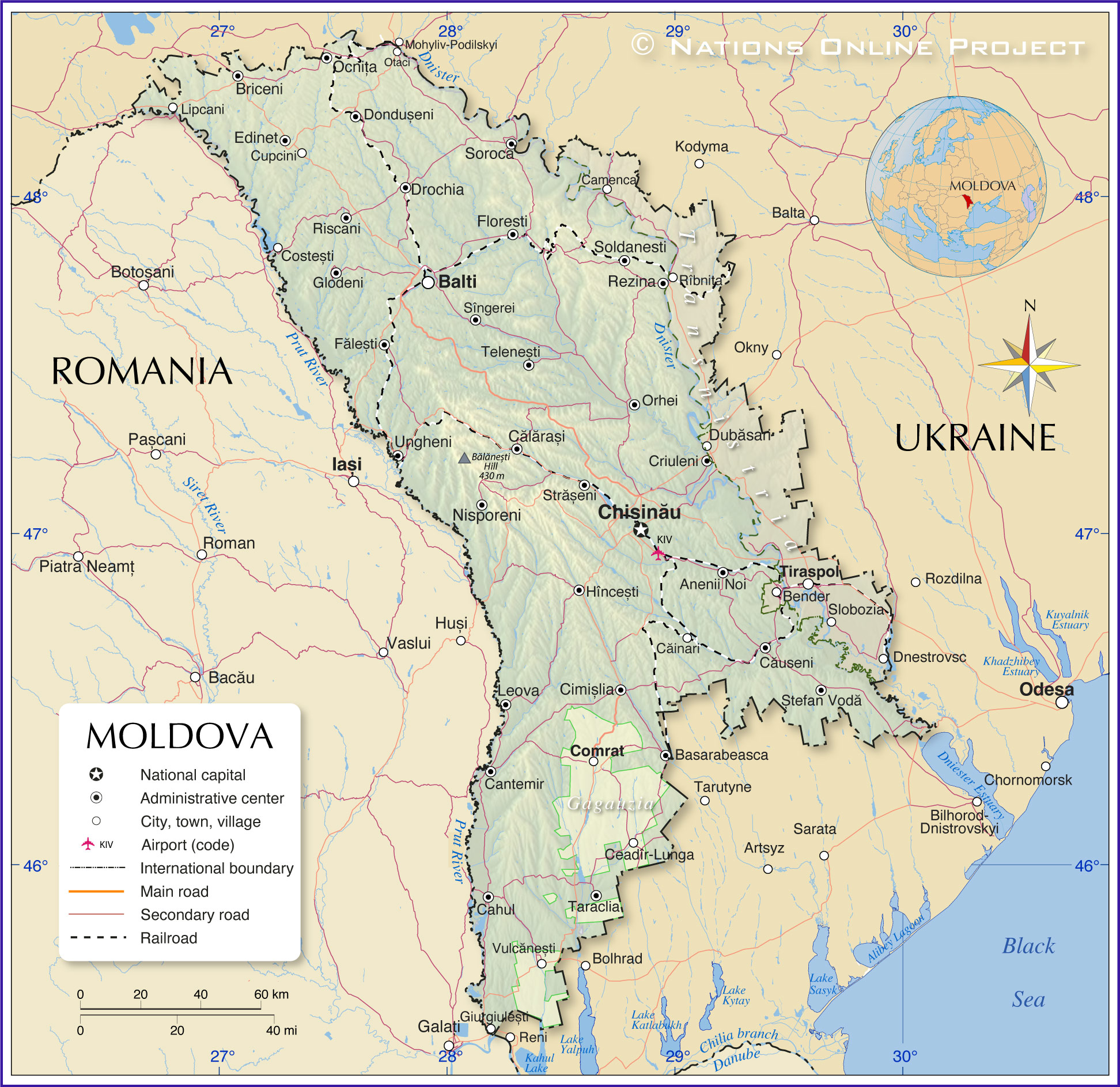 The map shows Moldova and surrounding countries with international borders, the national capital Chisinau, district capitals, major cities, main rivers, main roads, railroads, and major airports.
The map also shows Gagauzia, an autonomous territory in southern Moldova (Autonomous Territorial Unit of Gagauzia (ATUG)).
Located in the east of the Republic of Moldova is Transnistria, a narrow strip of land between the Dniester river and the Moldovan–Ukrainian border. The Moldovan government established the formal administrative unit of Moldova to demarcate the territory of the unrecognized breakaway state controlled by the pro-Russian Pridnestrovian Moldavian Republic (commonly known as Transnistria). The capital and largest city of Transnistria is Tiraspol. Russian forces have illegally occupied Transnistria for years. [WP] 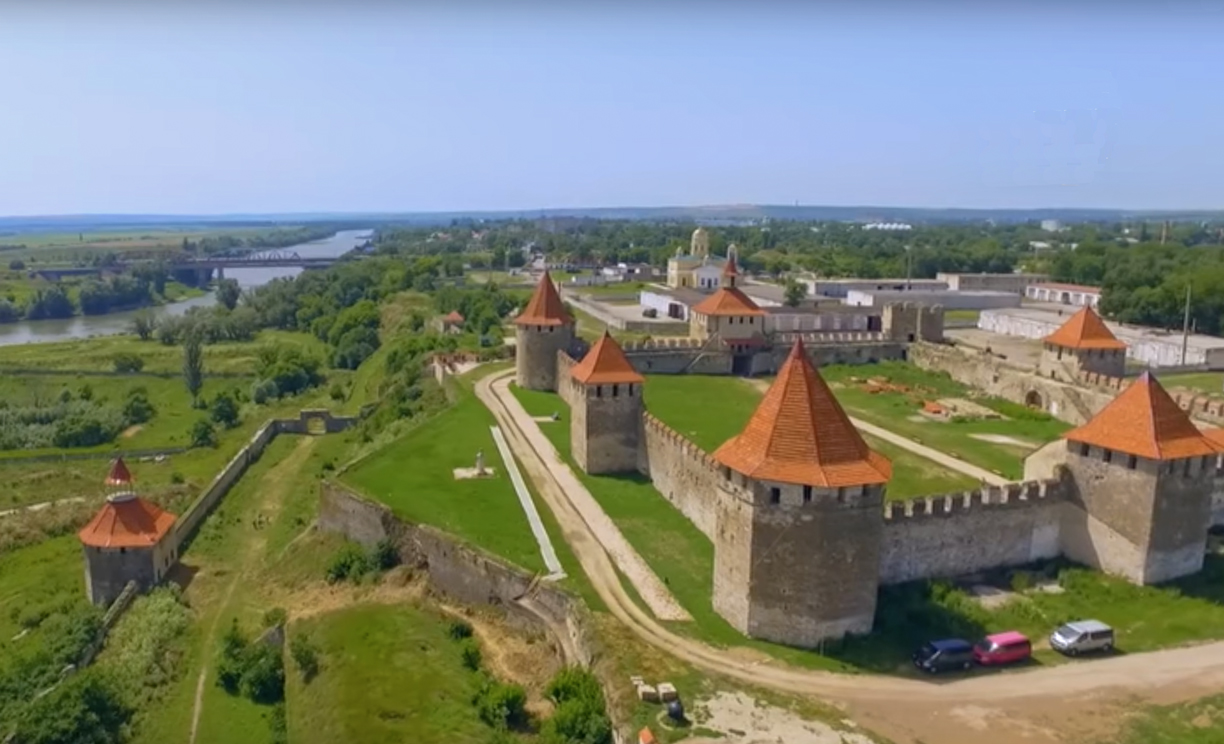 The Tighina fortress in Bender in Transnistria is a 15th-century fortification on the right bank of the Dniester River.
Photo: Bendery fortress

The Principality of Moldova was a state in Southeastern Europe located between the Austrian Empire, Tsarist Russia and the Ottoman Empire; its territory is now located in Romania, the Republic of Moldova and Ukraine.

The Republic of Moldova had existed as an independent state only since 1991 when the Moldavian Soviet Republic (MSSR) declared itself independent during the dissolution of the Soviet Union.

Since then, the country's political development has been significantly hampered by the Transnistrian conflict.


Geography
The Republic of Moldova is located in the historical landscape of Bessarabia, between two major rivers, the Dnister (Nistru) in the east and the Pruth (Prut), which forms the border with Romania in the west. The country borders Ukraine in the north and east.

The Republic of Moldova is divided into 32 rajons (counties).

In addition, there are two autonomous territorial units, Gagauzia and Transnistria.

Gagauzia is an autonomous region in the southern part of the Republic of Moldova, inhabited by Gagauz people, Turkic-speaking Orthodox Christians. The administrative center is Comrat.

The unrecognized breakaway state of Transnistria (Pridnestrovian Moldavian Republic) occupies a small part of the country east of the Dniester River; it seceded in 1992 in the course of the Transnistrian conflict under the name Transnistria; its capital is Tiraspol.

Rivers
Moldova's major rivers are the Dniester (Nistru), the Răut, a tributary of the Dniester, and the Prut river, which forms Moldova's border with Romania in the west.

Cities and towns in Moldova:

The map shows the location of the following Moldovan cities and towns:

Satellite View and Map of Chisinau