About Pha That Luang 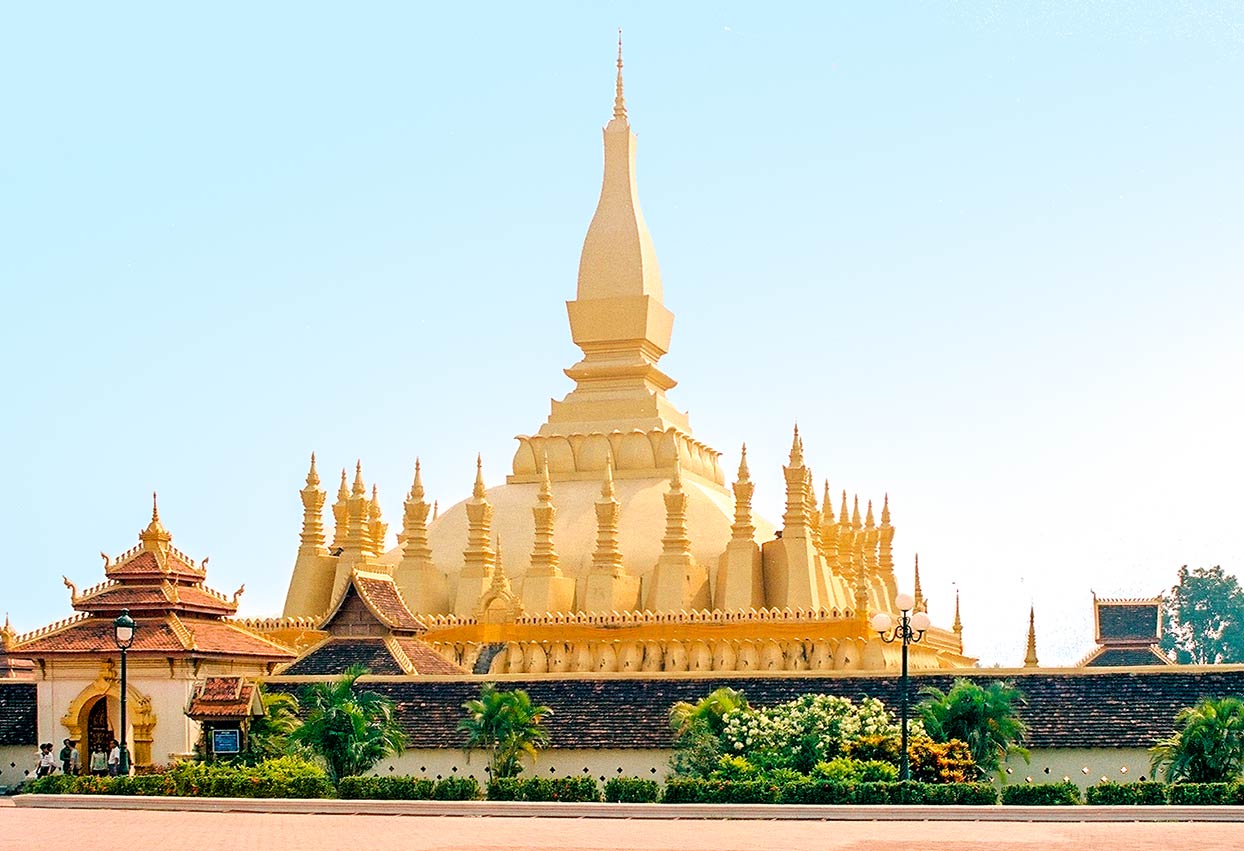 The Pha That Luang monument in Vientiane is the national symbol of Laos.
Image: kk nationsonline.org


The satellite view shows Pha That Luang (the Great Stupa) in Vientiane, the capital of

Laos. The country's largest city is a major river port at the Mekong river, which marks the Laos- Thailand border.

According to legend, when King Setthathirath (Xaysettha) moved the Laotian capital from Luang Prabang to Vientiane, he ordered the construction of a stupa on the site of the ruins of a 13th century Mon-Khmer temple.

The gold-covered 45 m tall Buddhist monument was built in the 16th-century.

The failed Lao rebellion of 1826 in an attempt to end the suzerainty of Siam, triggered retaliation by Siam (Thailand) and led to the destruction of the city of Vientiane and the damage of Pha That Luang.

The Laotians later restored it to its original design.