A Viking Line ferry makes its way to Tallinn through the ice of the Baltic Sea south of the Åland Islands.
Image: Bengt Nyman

About the Baltic States 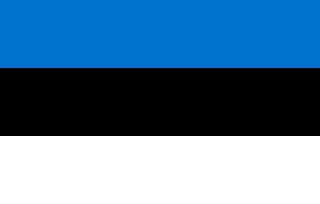 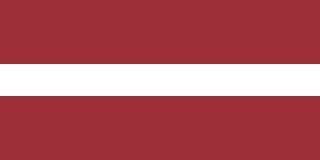 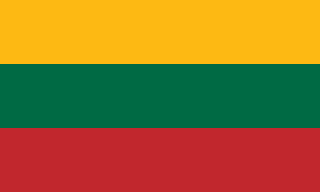 The map shows the three Baltic States bordering the Baltic Sea, an arm of the Atlantic Ocean. The Baltic States consist of the independent republics of Estonia, Latvia, and Lithuania.
Not to be confused with the Council of the Baltic Sea States (CBSS), a European intergovernmental organization established in 1992. Its 11 member states include Denmark, Estonia, Finland, Germany, Iceland (1995), Latvia, Lithuania, Norway, Poland, Russia, and Sweden, plus a representative of the European Union.

What are the Baltic States?
The Baltic States, also known as the Baltic countries, is a geopolitical term that usually refers to the three sovereign states on the eastern coast of the Baltic Sea, Estonia, Latvia, and Lithuania. These three countries on the border of the European Union with Russia gained their independence first from the Russian Empire at the end of World War I in 1918 and later from the Soviet Union in the early 1990s. The Baltic States have been members of the EU since 2004 and recently became part of the eurozone (2011 and 2015).

With a combined area of 175,228 km², the Baltic States are slightly more than twice the size of Austria or somewhat smaller than the U.S. state of Missouri.

About 6 million people (estimated 2021) live in the Baltic States; the three capitals are Tallinn (Estonia), Riga (Latvia) and Vilnius (Lithuania).
Spoken languages are Estonian, Latvian and Lithuanian. In Estonia and Latvia, about one-quarter of the population are ethnic Russians.


Map of the Baltic States 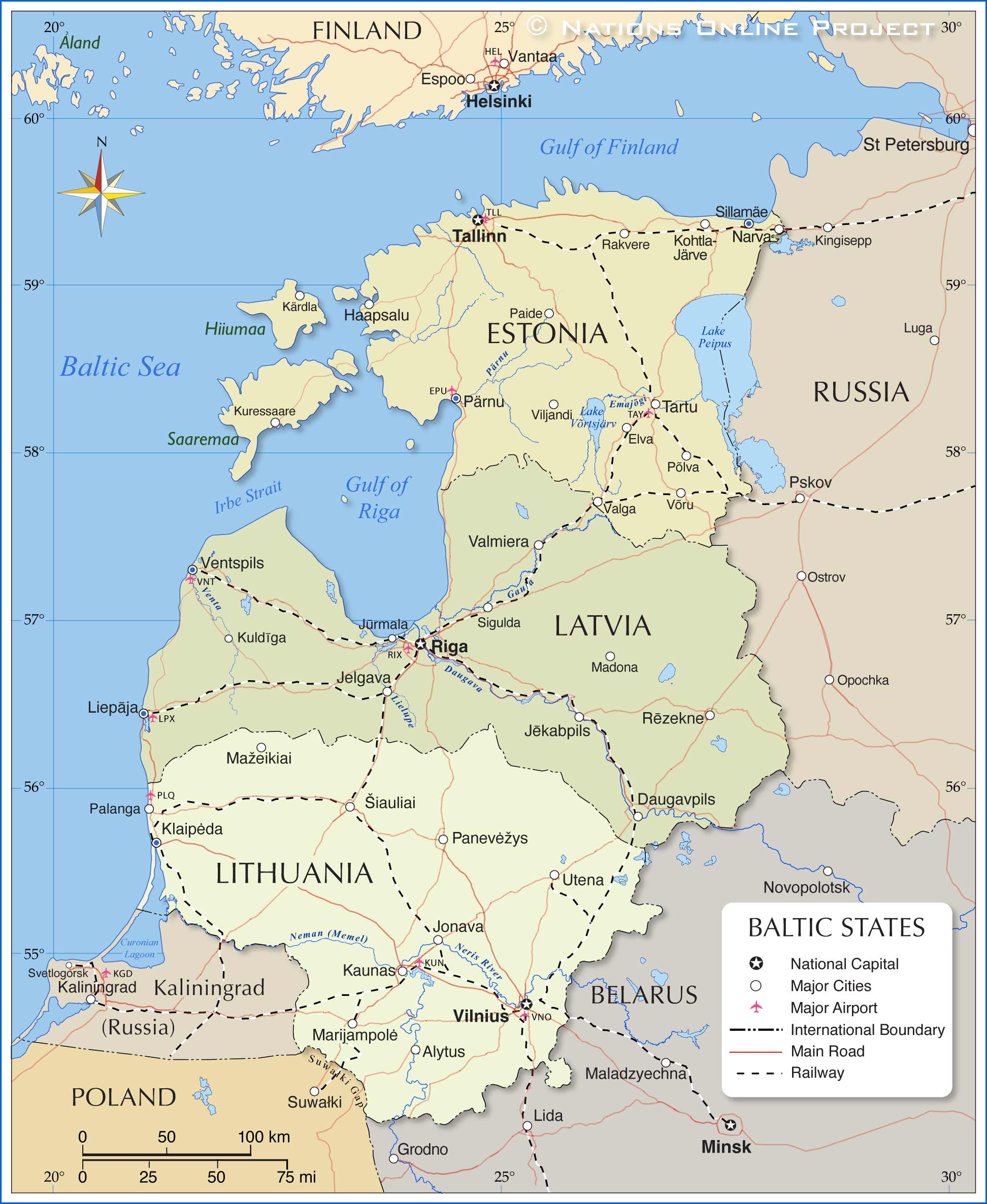 The map shows the Baltic States on the east side of the Baltic Sea, south of the Gulf of Finland, with neighboring countries, international borders, the national capitals, main rivers, major cities, main roads and major airports.


More about the Baltic States

UNESCO-listed Old Town of Tallinn, the capital of Estonia; view from Toompea Castle, the city's Walls of Tallinn in the foreground and St. Olaf's Church in the center.
Photo: Ivar Leidus (Iifar)


After World War I, the term Baltic States was used to refer to the countries on the Baltic Sea that had gained their independence from the Russian Empire.

The three countries Estonia, Latvia and Lithuania, are located in the northeastern region of Europe on the Baltic Sea coast.

The Baltic countries occupy a low-lying region known as the Baltic Plains, a portion of the vast European Plain, the largest landform in Europe without mountains.

During the Pleistocene epoch (Ice Age), continental-sized ice sheets scoured and abraded the territory's surface, eroded mountains to their bases and rendered the whole landscape flat. 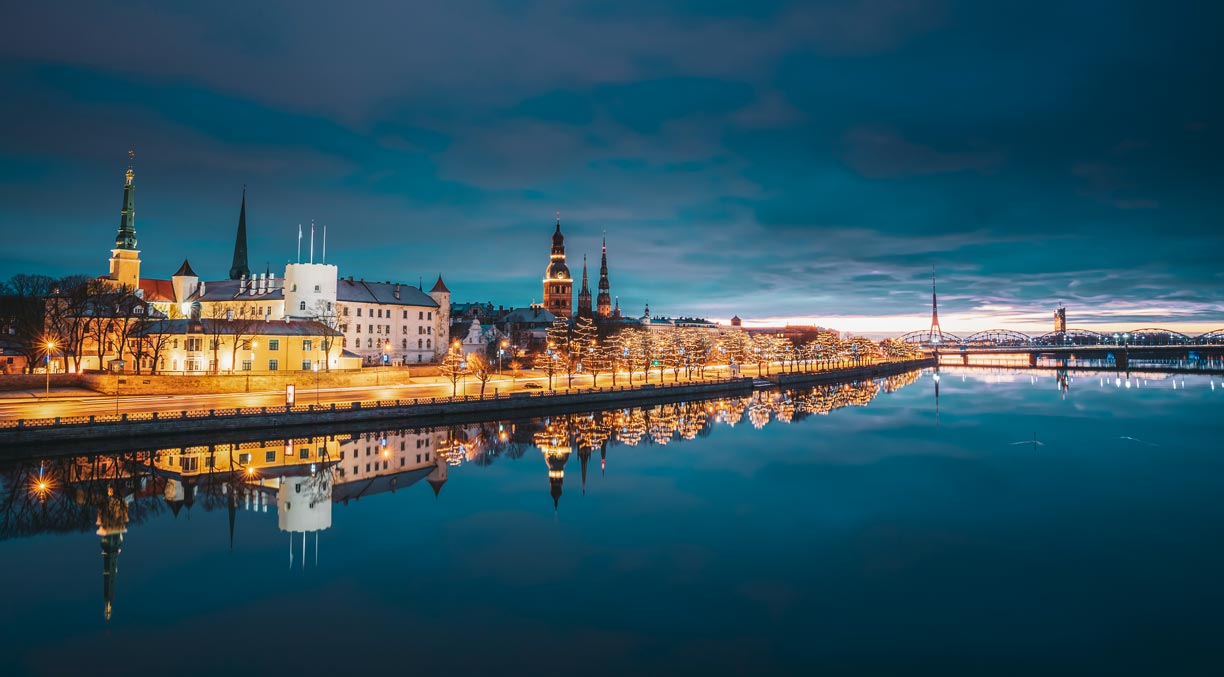 Old Town of Riga, the capital of Latvia, on the banks of the Daugava river. Riga Castle, on the left, is the official residence of the President of Latvia.
Photo: Grigory Bruev (Adobe Stock)


History of the Baltic Countries

The Baltic countries have many things in common and a similar history. After a long and tumultuous history with many changing political powers, the Red Army (of Russia) occupied all of the territory of Estonia, Latvia, and Lithuania in June 1940 and installed pro-Soviet governments in all three countries. The Soviets staged rigged elections and the newly "elected" parliaments of all three countries formally applied to "join" the Soviet Union in August 1940.

The "Baltic republics" were incorporated into the union as Soviet Socialist Republics. The population of the republics suffered repressions, executions and mass deportations. The Russian language was instituted as the only working language. Tens of thousands of people were deported to Gulag prisons or labor camps by the Soviet government.
Nazi Germany invaded the area in 1941, but instead of liberation, the Germans also used discrimination, mass deportations and mass killings to substantiate their power. 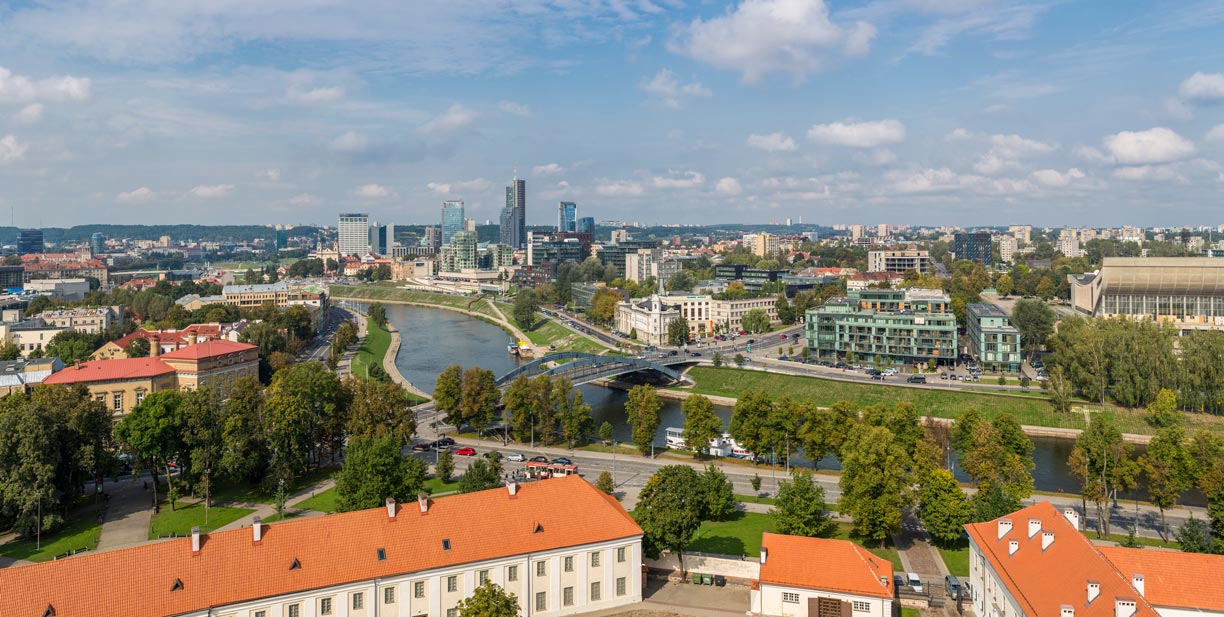 The skyline of Vilnius, the capital of Lithuania, on the banks of the Neris river. View from Gediminas' Tower, Vilnius' Central Business District in the background.
Photo: Diliff


In 1944 the Baltic countries were reoccupied by the Red Army, and Soviet rule was re-established.
It was the Singing Revolution that led to the restoration of the independence of Estonia, Latvia and Lithuania. The dissatisfaction with the Soviet system provoked mass demonstrations, various protests and acts of defiance in the Baltics between 1987 and 1991. These protests culminated in a peaceful political demonstration where a human chain connected the three Baltic capitals – Tallinn, Riga and Vilnius on 23 August 1989.


Economy of the Baltic States
Since regaining their independence in 1991, the Baltic States have achieved considerable economic success. Market economies have been introduced, living standards have risen, and a high degree of macroeconomic stability has been accomplished.

The Baltic states share common economic developments and structural features: their general economic situation and policies, their production structure, their main trading partners, and their population flows, which underlines their similarities, but also their differences. Among the striking similarities between the Baltic countries are the synchronous economic cycles as well as the general population decline in the last decades. [EU] [ZBW/CEPS]

The map shows the location of following cities, towns:

More about the Baltic States

Searchable map/satellite view of the city of Tallinn

Searchable map/satellite view of the city of Vilnius