Topographic Map of the World Continents

Map of the World's Continents and Regions

Map of the World's Continents and Regions 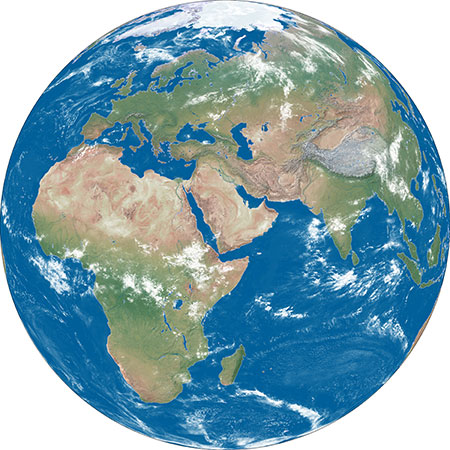 The map shows the continents and regions in the world in various colors.

Africa
The continent of Africa, which includes Madagascar, the fourth-largest island on the planet.

Eurasia
The continent of Eurasia, which is home to the geopolitical entities of Europe and Asia. The most conventional borders between Europe and Asia are along the Ural Mountains, the Caucasus Mountains, and at the Bosporus (Strait of Istanbul).
Asia is further subdivided into the Middle East (Western Asia), Central Asia, East Asia, Southeast Asia, and Maritime Southeast Asia. Asia includes the subcontinents of Arabia (Arabian Peninsula) and India.

Australia/Oceania
Oceania isn't a real continent, a contiguous area of land surrounded by ocean. Oceania is a geographic region that includes the scattered islands of Melanesia, Micronesia, and Polynesia in the South Pacific Ocean, plus Australasia, a vague term used to describe the combined area of Australia, New Zealand, and New Guinea (island). Australia is considered to be an island country and a continent situated in the southern hemisphere.

Antarctica
Antarctica, as a continent is, in many ways, an exception. Earth's southernmost continent is currently uninhabited, beside a handful of hard-boiled scientists, which share the place with emperor penguins, New Zealand sea lions, and elephant seals. The climate is very hostile to almost any kind of life. It is the coldest, windiest, highest (on average), and driest continent. Mount Vinson is the highest mountain in Antarctica, at 4,892 meters (16,050 feet). On the surface of the continent, no crops will grow on its frozen four kilometer-thick ice sheet.

Arctic
The northernmost point of the Earth, the North Pole, where the Earth's axis meets the surface, is not located on a landmass, but on the Arctic polar ice cap, the surface of the frozen waters of the Arctic Ocean. Therefore, the Arctic is not considered to be a continent. Parts of the northern regions of Europe, Asia (Russia), and North America (Canada and Greenland) are located within the Arctic Circle.

Map of the World with Continents

The map shows the continents of the world and continental subdivisions.

More about the Continents

Get more information about Africa, Asia, the Americas, Europe, and Australia on our Continents page.

Countries by continent you will find on the following pages. 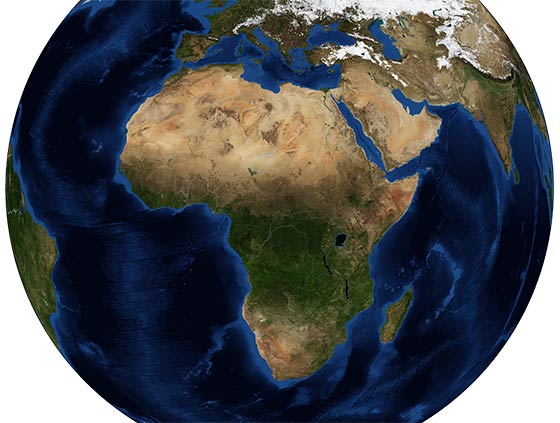 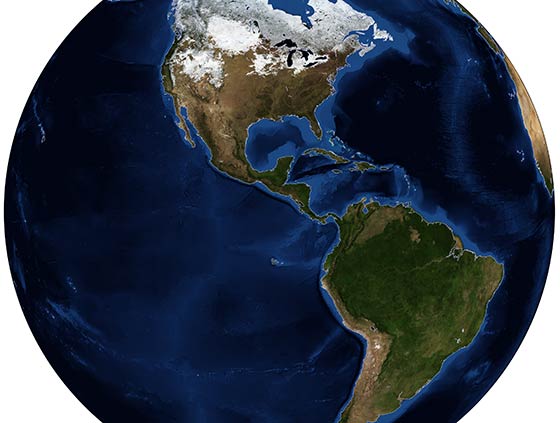 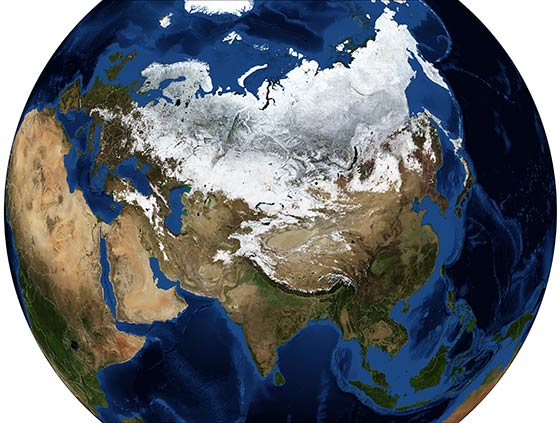 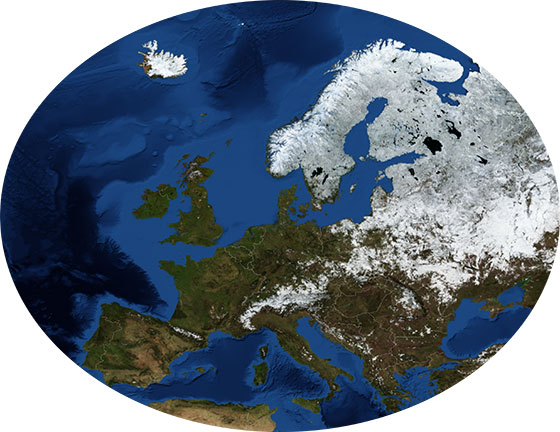 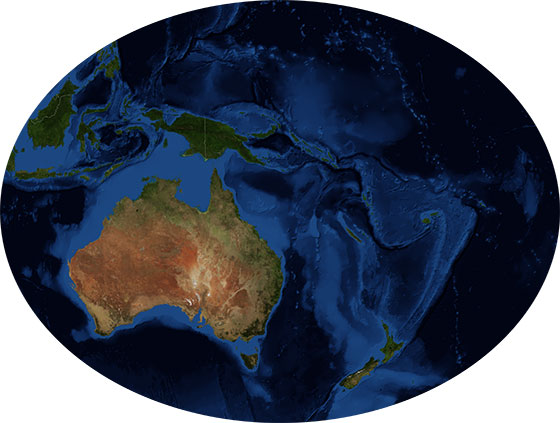 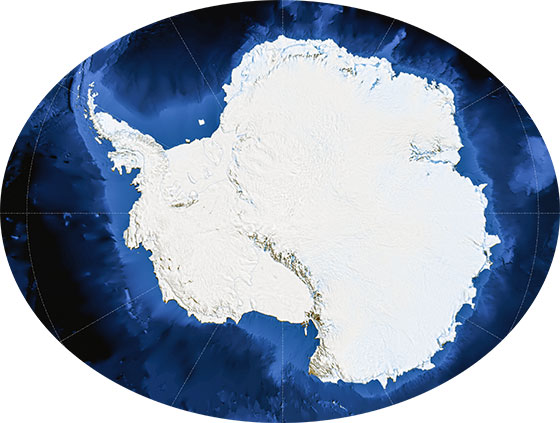