Satellite image of the uppermost part of the underwater volcano of Hunga Tonga. The island has a length of about 3.5 km and is 1.7 km wide. It was formed in late December 2014 by a volcanic eruption that joined two separate islets, Hunga Tonga and Hunga Ha'apai, into a single landmass. On 14 January 2022, the volcano erupted again with great force. The eruption caused tsunamis in Tonga, Fiji, American Samoa, Vanuatu and along the Pacific coast. A series of violent volcanic explosions obliterated the island; all that remained were the two small landmasses, again separated by the sea. [NASA]
Image: ESRI 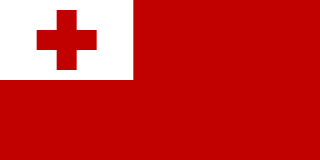 The map shows Tonga, an archipelago of more than 170 islands in Polynesia in the South Pacific Ocean, 3700 km (2300 mi) east of Australia.
Tonga is a chain of islands located on and along an underwater mountain range, the Tonga-Kermadec Ridge, which extends from the North Island of New Zealand to the Samoan Islands.

The more than 170 islands are scattered over an area of about 111,000 km². This corresponds roughly to the area of Bulgaria or the US state of Virginia. The total area of the islands is 747 km², approximately half the size of American Samoa.

Spoken languages are Tongan, an Austronesian language, and English. The main religion is Christianity (98%). 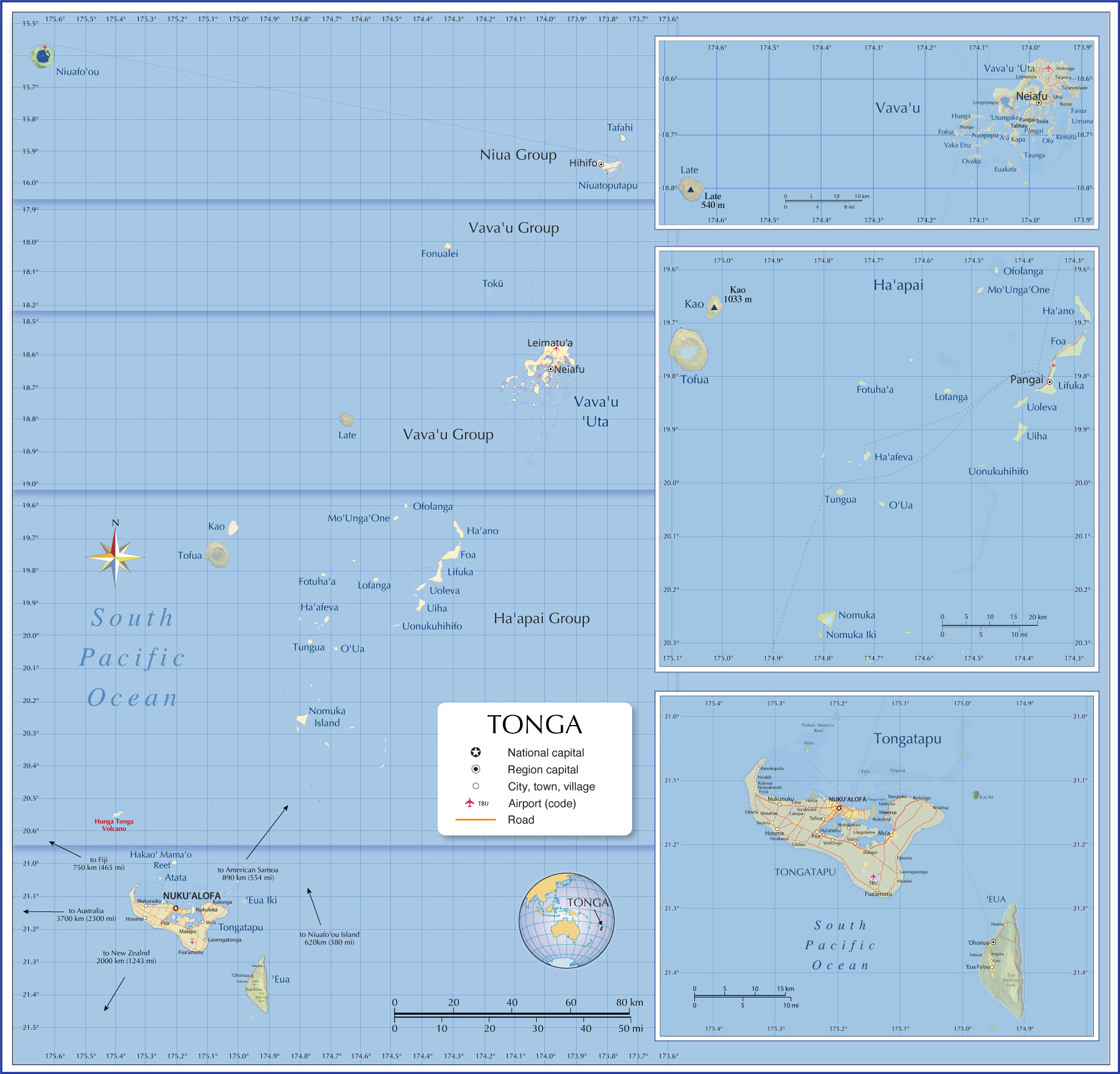 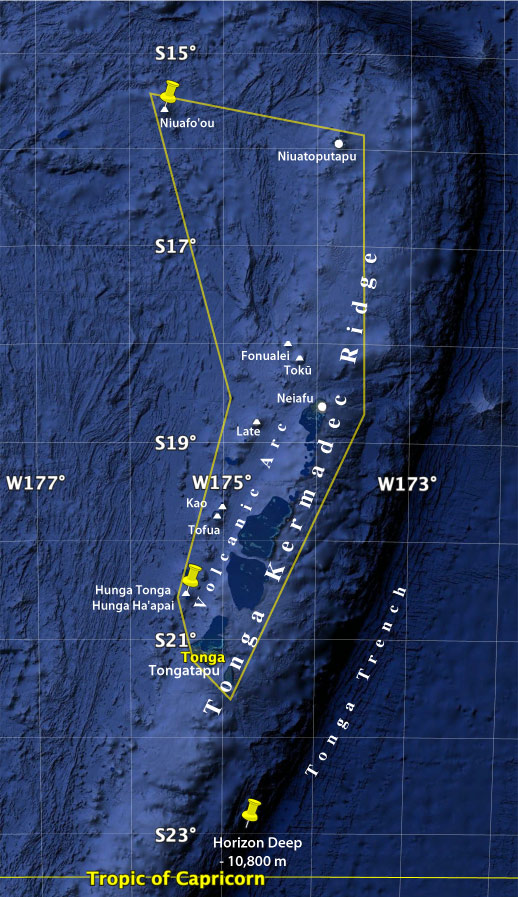 Click on the map to enlarge.
The relief map shows the territory of Tonga, north of the Tropic of Capricorn, the Tonga Ridge, the Tonga Trench and the location of the Horizon Deep.
Map: KK; Background: Google Earth

The Kingdom of Tonga is an archipelago of volcanic and low-lying coral islands covering an area of about 111,000 square kilometers of the South Pacific Ocean, east of Fiji and southwest of Samoa.

Its main island Tongatapu lies just 250 km north of the Tropic of Capricorn.
The Polynesian island chain became known in the West as the "Friendly Islands" because of the friendly welcome given to Captain James Cook on his first visit in 1773.

The Tonga island chain sits on an underwater mountain range, the 3,000 km long Tonga-Kermadec Ridge, the most seismically active subduction boundary on Earth with the highest density of undersea volcanoes.

To the west of the Tonga-Kermadec Ridge lies a chain of underwater volcanoes, known as the Tonga Volcanic Arc. Within the arc are the island nation's volcanic islands Hunga Tonga, Nomuka, Tofua, Kao, Late and Niuafo'ou. Tonga's highest mountain is the island of Kao; the volcano rises 1033 m above sea level. 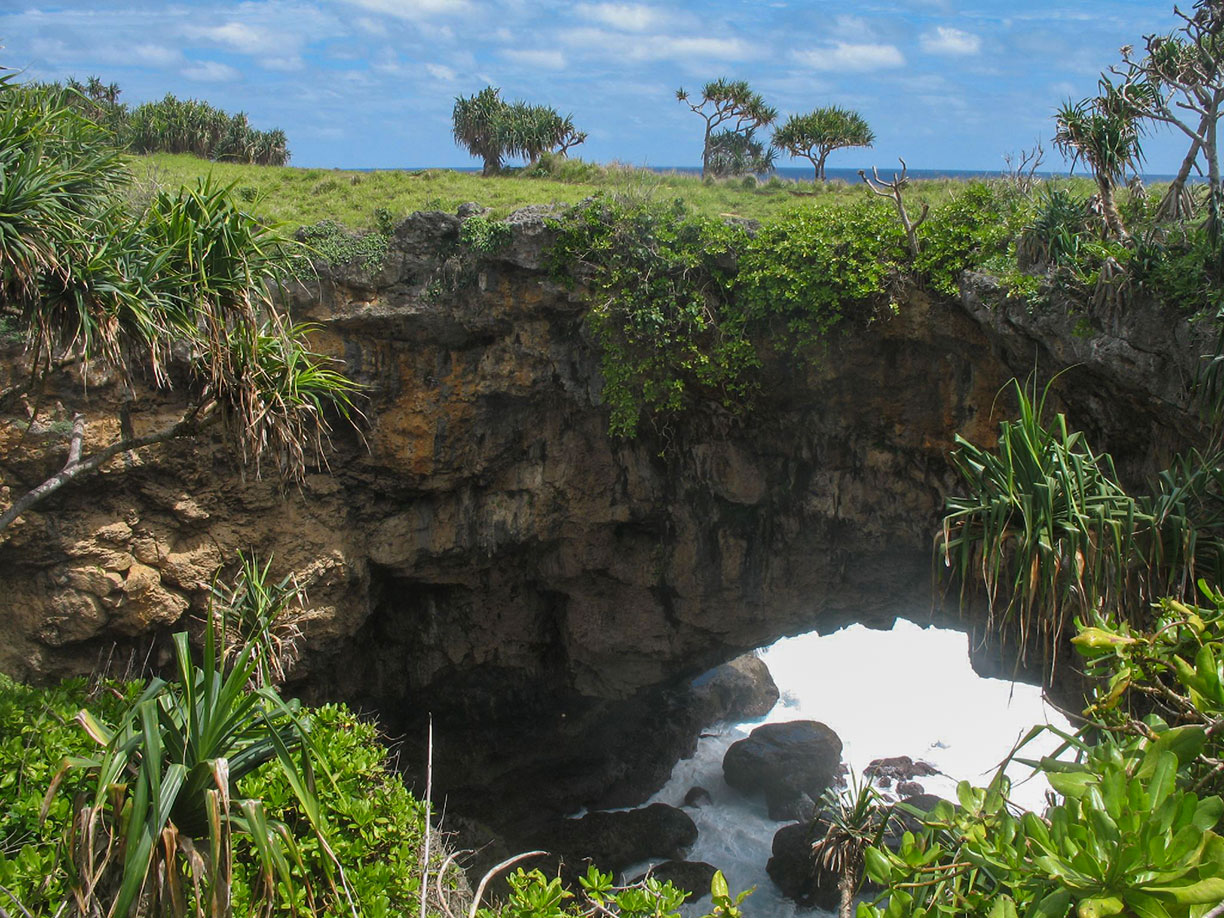 The spectacular natural arc on Tongatapu is known as Hufangalupe, the "Pigeon's gate."
Photo: Antoine Hubert

Tonga is an island kingdom with about 170 islands, of which about 45 are inhabited.


Tongatapu
Tonga's largest island is Tongatapu, home to about two-thirds of the country's population.

The flat coral island is the site of Tonga's capital Nukuʻalofa, several towns and villages such as Muʻa, Nukunuku, Holonga, and Pea, the royal palace, and Fuaʻamotu International Airport (IATA: TBU).


ʻEua
To the southeast of Tongatapu lies the more hilly island of ʻEua, with the district capital ʻOhonua and several towns. Large parts of the southeastern side of ʻEua belong to the protected area of the Eua National Park.


Hunga Tonga
About 70 km (43 mi) northwest of Tongatapu lies Hunga Tonga, an island created by a volcanic eruption between two cliff-like islets in 2015, merging them into a single island. Another forceful explosion on 14 January 2022 destroyed the land bridge and separated the cliffs again. The 2022 eruption and subsequent tsunami put Tonga in the world spotlight. 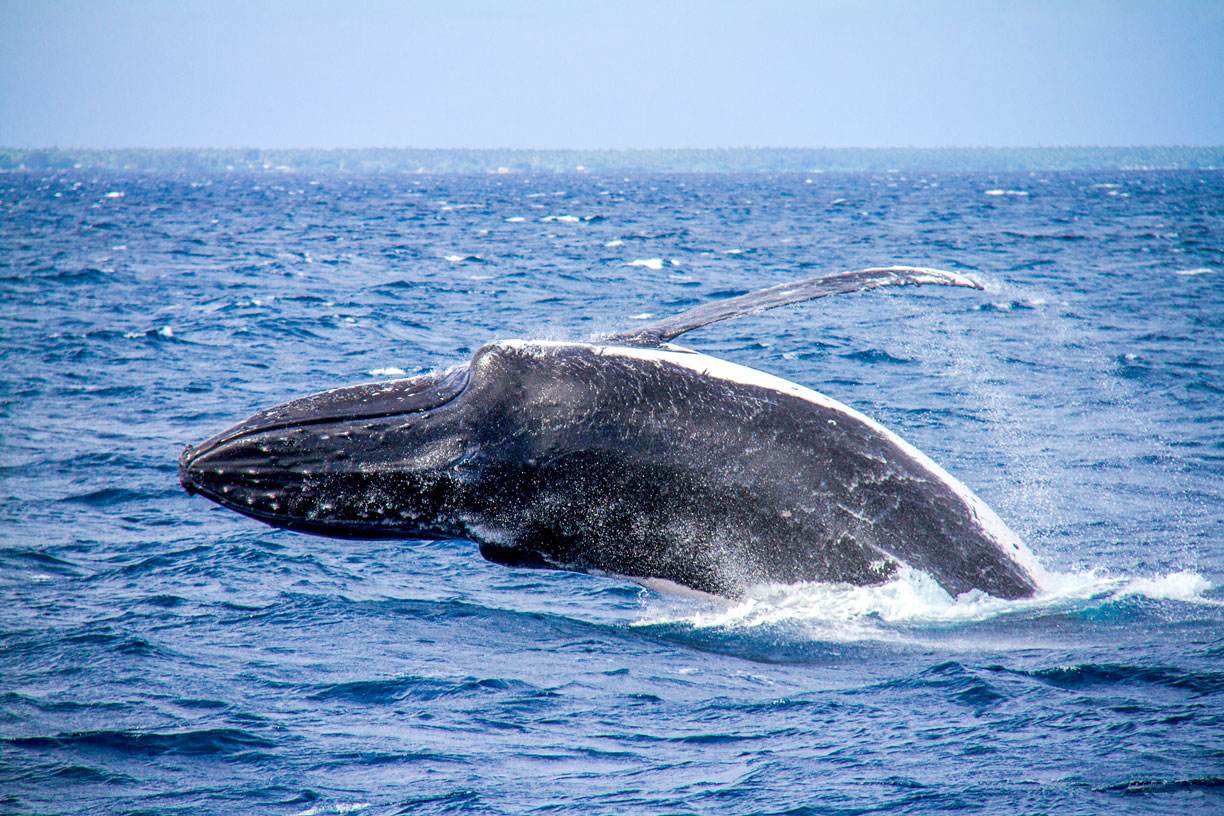 A humpback whale breaches the water surface near Vava'u Island in Tonga. Humpback whales feed in the Summer in polar waters and migrate to tropical or subtropical waters in Winter to breed and give birth. The Tongan islands, especially Vava'u, are known as a destination for Humpbacks. Since the 1990s, whale-based tourism in Tonga has represented a major source of foreign income for the nation. [1]
Photo: © Simon Ager


Ha'apai Group
About 180 km (110 mi) to the northeast of Tongatapu lies the Ha'apai Group, a handful of islands such as the island chain of Foa, Lifuka, Uoleva and Uiha. Lifuka was once the seat of the Tongan kings.
In the southern part of the Haʻapai group is Nomuka, a small coral island with a large brackish lake and a village; the 2022 tsunami caused extensive damage to the island. Some volcanic islands complete the group, such as Tofua, the tip of a volcano rising from the water, with a summit caldera. In the waters near Tofua, the infamous Mutiny on the Bounty took place on 28 April 1789. 4 km northeast of Tofua is the pyramid-shaped volcanic island of Kao, a stratovolcano whose summit, at 1,030 m above sea level, is the highest point in Tonga.


Vava'u Group
The Vava'u group of islands is named after the main island Vava'u (Vava'u 'Uta), the second-largest island in Tonga. The district capital is Neiafu. About 13,000 people live in the archipelago. Vava'u is known for its scenic beauty and for having one of the best-protected natural harbors in the Pacific.
Three uninhabited volcanic islands complete the Vava'u Group. Late, the island is the peak of an active volcano that rises more than one kilometer from the seafloor, with an elevation of 188 m (617 ft) above sea level. Also part of the Volcanic Arc are Fonualei and Tokū, both uninhabited islands of volcanic origin.


Niua Group
The Niua Islands is the northernmost group of islands in the Kingdom of Tonga. The northernmost island is Niuafo'ou, a volcanic rim island with scattered settlements in the north and east around the crater lake, a tiny harbor to the west and a small airport (Queen Lavinia Niuafo'ou Airport; (IATA code: NFO). Niuafo'ou is 617 km (383 miles) from Tongatapu, the main island of Tonga.
The other islands of the Niuas are inhabited Niuatoputapu with three villages and little Tafahi. The 2009 Samoa earthquake and the resulting tsunami severely damaged infrastructure and flooded nearly half of Niuatoputapu.

Map of Polynesia
Map of the countries in Polynesia, the island states in the eastern part of Oceania.